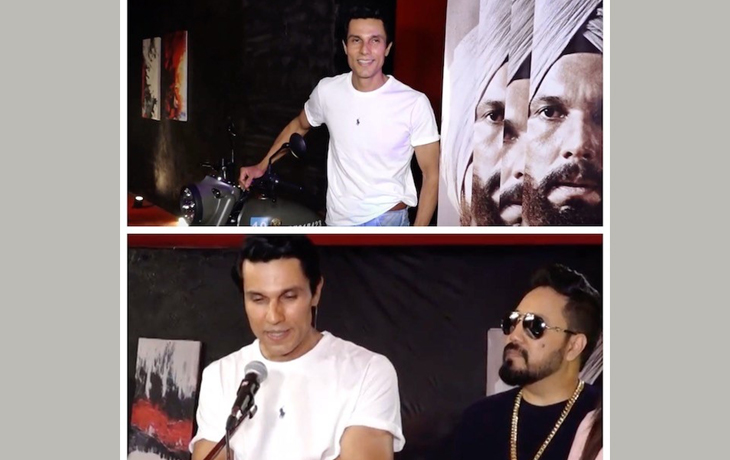 After the first-ever Punjabi television series CAT, starring Randeep Hooda, debuted on Netflix to immediate acclaim, Punjabi singer Mika Singh was overjoyed. To demonstrate his appreciation, the singer held an enormous party last night in Mumbai and gave the actor a bike.

CAT, starring Randeep Hooda, debuted to rapturous acclaim and astounding reactions for both his role and his previously unseen avatar.

At a celebration of the success of the web series, Mika Singh, astounded by Randeep Hooda’s fantastic performance, can be seen giving a special present to his friend.

The actor received a brand-new royal Enfield bike from Mika Singh as a present for the success of his web series Cat.

The gripping drama CAT, which stars Randeep Hooda and is set against an insurgency and the drug epidemic that has gripped Punjab for decades, is about retaliation and relationships.

This eight-episode hard-hitting drama, which also features Suvinder Vicky and Hasleen Kaur as part of a significant ensemble cast, is directed by Balwinder Singh Janjua and features Randeep’s Gurnaam as a double agent.

Superstar Of The Year Award Goes To Kartik Aaryan