Manushi Chhillar Kick-Starts The Shoot Of Tehran With John Abraham 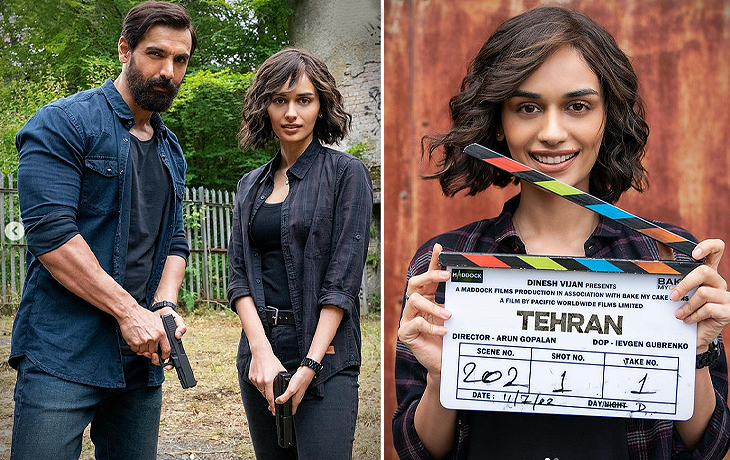 Actress Manushi Chhillar, who made her acting debut in Prithviraj alongside Akshay Kumar, will appear alongside John Abraham in Tehran.

Actress Manushi Chhillar took to her social media profile and shared the first look of her character from the film. She also shared a working still with John Abraham, where the duo is seen holding guns. She captioned, “Super excited to join the one & only @thejohnabraham on #Tehran. This journey is going to be special! #DineshVijan #ArunGopalan @shobhnayadav @sandeep_leyzell @writish1 @ashmakerz @maddockfilms @bakemycakefilms”

The movie, directed by Arun Gopalan and based on actual events, was written by Ritesh Shah and Ashish Prakash Verma. Dinesh Vijan, Shobhna Yadav, and Sandeep Leyzell served as producers.

Additionally, it is said that Manushi Chillar has already committed to working with YRF on another film. In The Great Indian Family, she would play the lead opposite Vicky Kaushal.

John is currently filming Pathaan, which also features Deepika Padukone in the lead role and is his first collaboration with Shah Rukh Khan. The movie was directed by Siddharth Anand and produced by Yash Raj.