Kourtney Kardashian Is By Travis Barker’s Side As He Is Hospitalised In Los Angeles. 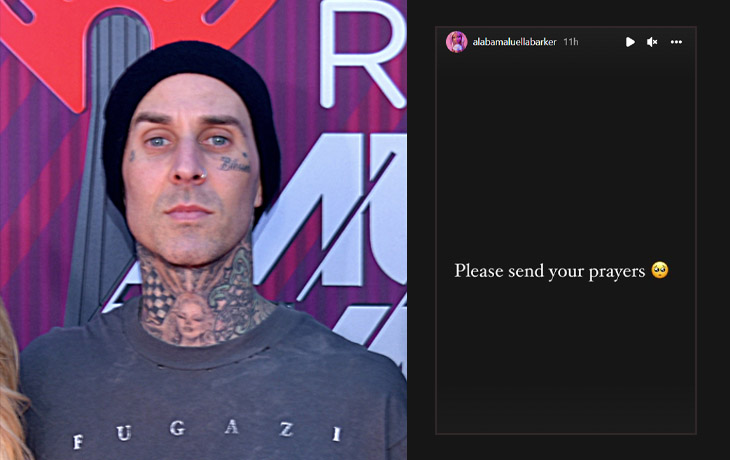 Travis Barker was admitted to a hospital in Los Angeles due to a medical emergency, and Kourtney Kardashian was with him.

On Tuesday afternoon, Travis Barker was taken by ambulance to a hospital in Los Angeles. Photos made public by TMZ, who broke the news first, showed the Blink 182 drummer being rolled leaving Cedars-Sinai Medical Center in Los Angeles while his wife Kourtney Kardashian followed. His situation has not yet been made public in full.

While it’s yet unknown what happened to Barker, the drummer’s final tweet before being admitted to the hospital said, “God save me.”The tweet’s possible connection to his forthcoming duet with Machine Gun Kelly has also been noted due to the similarity in titles between the two songs. The drummer’s management hasn’t yet made any announcements regarding his health.

According to TMZ, the couple initially went to West Hills Hospital and Medical Center to treat Barker’s health issue. Still, the story indicates that the hospital’s medical team felt the musician needed further attention and sent him to Cedars-Sinai for it.

After Barker was admitted to the hospital, his daughter Alabam Barker shared on Instagram. She wrote, “Please send your prayers.”

Just one month ago, Kourtney and Travis were united in marriage in a lavish ceremony in Portofino, Italy. In terms of health, Kardashian recently fully recovered from COVID-19 after contracting it twice. On her health and wellness blog, the founder of Poosh recently advised getting over the illness, stressing the need to take vitamins and drink enough water.