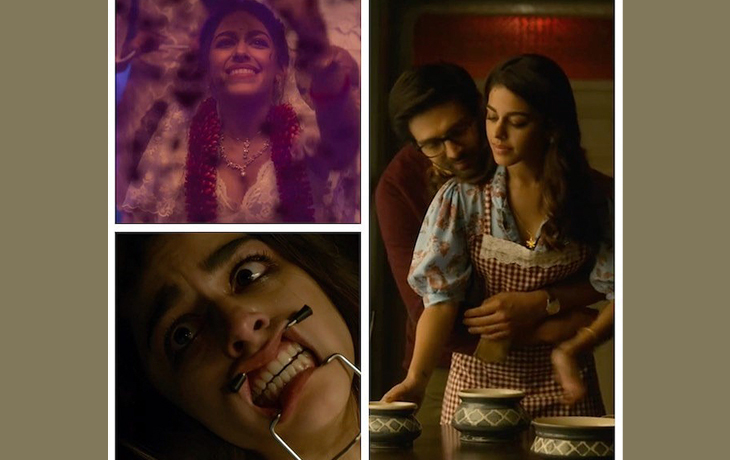 If the first Freddy teaser wasn’t frightening enough for you, here comes another eerie dose of thrills from the film’s creators, Kartik Aaryan and Alaya F. This mini-clip is not for the faint of heart.

The teaser begins with Kartik and Alaya getting hitched and attempting to establish a house and romantic relationship. However, soon after, we see Alaya F as Kainaaz is strapped on a table and Freddy (Kartik) is giving her a dental examination. The entire teaser will give you goosebumps.

Shashanka Ghosh will direct the next romantic thriller, which was scripted by Parveez Sheikh. Balaji Motion Pictures, NH Studioz, and Northern Lights Film are responsible for the movie’s production.

According to the movie’s official summary, Dr. Freddy Ginwala is a meek and lonely dentist by day and a murderer at night. The distinction between love and obsession becomes hazy in this novel full of unexpected turns and abrupt bends.

The movie is slated to debut on Disney+Hotstar on December 2, 2022.

Akshay Kumar announces his upcoming project At the...

Jamtara Season 2 Gets A Release Date