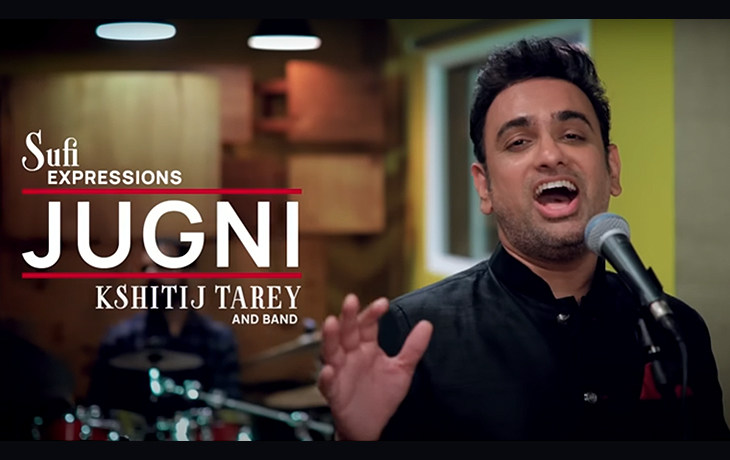 Singer Kshitij Tarey discovered a stunning and outstanding performance of Jugni while working his way through the blues of life. Life has a peculiar way of awakening human awareness to a higher understanding during difficult times.

Talking about recreating a timeless Sufi song, Kshitij said, “Jugni has been one of my favourite Sufi tracks, and I wanted to present it in my way. As it happened, I was going through a rough phase, and there I was, playing the piano in my studio, and that is where the whole idea of recreating Jugni hit me. The song comes from a personal place of higher understanding or epiphany, sometimes when life is weighing you down, and you think it will break you, the only way to see the light at the end of this dark and lonely tunnel is through the blessing of god and your Spiritual teachers. And this is what I wanted to share through my song”

Pinky Poonawaala, a gifted musician, reworked the lyrics while preserving the spirit of the original song.

Adding about translating his idea into words with lyricist, Kshitij said, “I approached my dear friend Pinky Poonawaala and narrated to her the whole idea. She adapted the idea or message I wanted to convey through the song. She added brand new meaning and deep para to the song. Pinky Poonawaala said Jugni is a classic song, and I couldn’t pass this challenge of writing something fresh for a classic like Jugni! It brings me immense joy to write something meaningful that can touch hearts” Working with Kshitij has always been easy. We are almost instantly on the same page regarding songs, and working on Jugni with him was nothing different. The original poetry is by Sultan Bahu.”

Kshitij elevated Sufi music above the typical diaspora audiences to a new level with his heavenly voice. The music is out on Strumm Sound and is accessible on all the major platforms. On Kshitij’s YouTube channel, the music video is doing reasonably well.

Khushi should not date an actor, according to Janhvi Kapoor. Here’s why!