Jr. NTR responds on being trolled over his “fake accent” at the Golden Globes 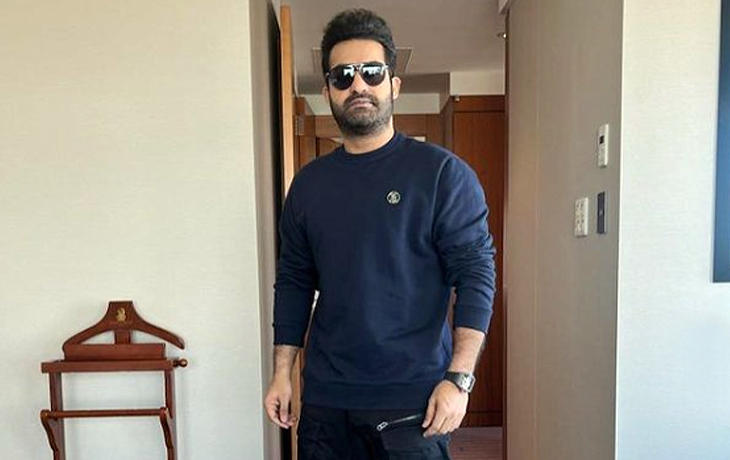 On the Globes red carpet, actor Jr. NTR unintentionally addressed the criticism of his thick accent. He made indirect mention to trolls who termed his accent “fake” during a recent interview. SS Rajamouli’s RRR, who won a Golden Globe for Best Original Song with Naatu Naatu, is currently enjoying worldwide success.

The RRR team excitedly came up on the red carpet and talked to the media after the 80th Golden Globes. When discussing the movie, Jr. NTR stated, “We thought, considering Rajamouli’s track record, we definitely thought we had a winner. But this was something more than a winner in Japan and today, America… come on, you don’t expect this to happen.”

The clip immediately caused a rift on the internet after sharing it on social media. While some criticized the actor’s “fake accent,” his supporters also stepped forward. Well before the Golden Globes, the Los Angeles screening of RRR at the famous TCL Chinese Theatre IMAX sold out in just 98 seconds. Jr. NTR spoke to the LA Times newspaper about the reception shown to RRR and said, “This was faster than cooking Maggi. That’s the fastest food you can actually cook back in India!”

He continued by praising the RRR director’s vision. Added, “I always felt this man was not destined to make only films in Telugu or India. He is one of those rare phenomenons which can travel the globe with his films. With each film, he’s only gotten better. I feel that RRR was his plan of taking the West. We are very proud that a small industry from South India, Tollywood, and one movie, RRR, could open the gates to global cinema and bring us here.”

Jr. NTR also referred to his accent subtly within the same conversation, saying, “We are just divided by time zones and a little bit of an accent. Other than that, what an actor goes through in the West is exactly the same process as in the East.”

The Jr. NTR and Ram Charan-starring movie also won two Critics’ Choice Movie Awards for Best Song and Best Foreign Language Film in addition to the Golden Globes. All eyes are currently on the movie’s chances for an Oscar because it has made the Music category shortlist (Original Song). On January 24, the final list will be released.