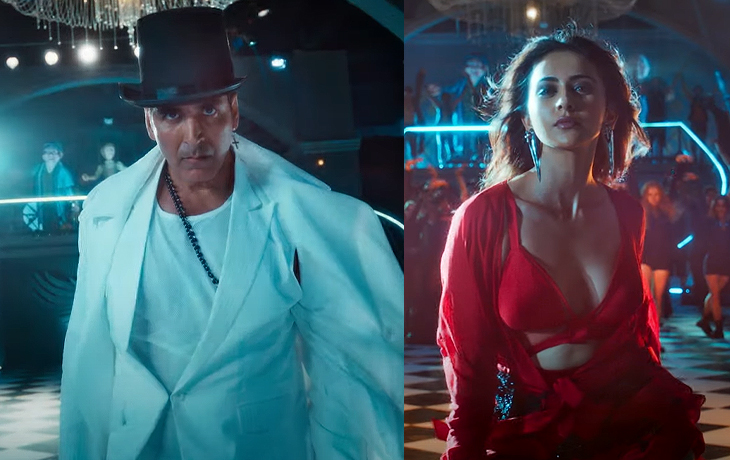 The commercial song for the movie Rabba features the starring pair dancing and exhibiting their close connection, providing the viewer with a visual feast. Akshay Kumar is seen in a stylish avatar and dances brilliantly to this upbeat song for the first time in a very long time. Rakul lights up the scene with her sensual motions while wearing a crimson dress.

The song, Ahmed Khan, directed and sung by Dr Zeus and Sukhwinder Singh and written by Omar Malik, has a magnetic hook that the listener can latch onto and be expertly shot. The elaborately created set effectively and creatively conveys the film’s theme.

Produced by Vashu and Jackky Bhagnani, Deepshikha Deshmukh, and Pooja Entertainment under the direction of Ranjit M. Tewari Cuttputlli finds the murderer. It resolves the enigma by utilising Arjan’s capacity to understand the psychology of the criminal.

The movie is a Hindi adaptation of the Tamil suspense thriller Ratsasan, whose original lead actors were Vishnu Vishal and Amala Paul. The film is scheduled to premiere on Disney+ Hotstar on September 2, 2022.