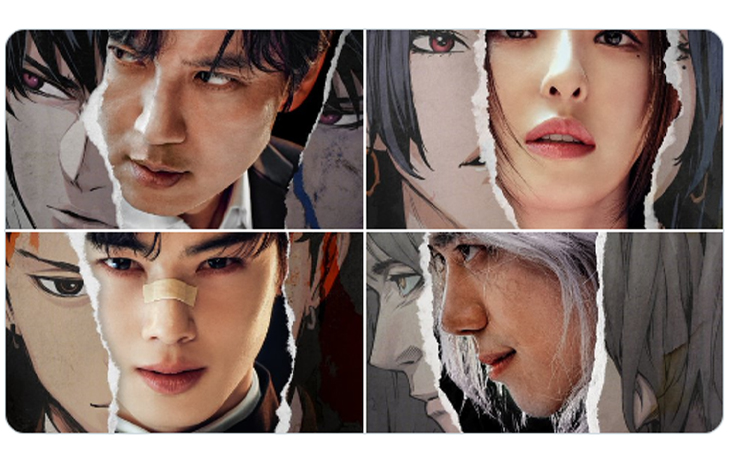 A talented group of writers, directors, and actors will bring Yoon In Wan’s webtoon “Island” to life in the coming K-drama. As fantasy, drama, and more combine to make an excellent combination, many fans of the original work have been interested to see if the quality will be kept in the K-drama version.

A webcomic by Yoon In Wan; adapted (manhwa, webtoon)

Where to watch: Amazon Prime Video and TVING

The web series is set in the centre of Jeju Island, which is well-known as a tourist destination for its sparkling water bodies and connection to nature. Several individuals from varied backgrounds wind up on the Island, battling evil beings and coming together to protect humanity and themselves. The severe circumstances on the island cause long-lost relationships to be rekindled and new ones to be formed. The three main actors struggle against the supernatural force that threatens their existence while attempting to identify what is behind the demon attacks.

Ban, played by actor Kim Nam Gil, will serve as the show’s star and was brought up to defend the world from evil. To complete the duty given to him, he developed himself into a weapon and left destruction in his path. Although he may have a lot of contempt on the outside, he is guilty of what he did. His character poster creates the stressful aura of his existence. His genuine persona is carefully crafted into one side of the poster, while his animated webtoon self is on the other. Ban appears prepared to tackle the problems put in his path. Because of the purpose in his eyes and the serious expression on his face.

Lee Da Hee portrays Won Mi Ho, a woman who has travelled to Jeju Island after facing criticism for her behaviour. She decides to start over and work as a teacher on the Island, putting her life as an heiress on hold. Unfortunately, this leads to her becoming involved in a case involving ghosts. A glimpse into the daughter of a powerful and wealthy family who has become involved in this issue can be seen throughout Won Mi Ho’s character poster. The poster’s foremost curiosity is about her past with evil and those who destroy it. The animated face is torn apart by Lee Da Hee’s face, revealing her beauty once more.

Priest Yohan (also known as Priest John), played by Cha Eun Woo, is a Catholic priest who conducts exorcisms and considers it his responsibility to drive out the evil spirits that haunt the earth. He wants to use his abilities to purify and protect all life around him. Fans of the actor and those who adore him as a K-pop idol have expressed much interest in his portrayal of Priest Yohan. The animated Priest is wearing a black cloak with a white shirt peeking out from the centre and is focused on the direction in front of him. Cha Eun Woo breaks through the middle, his handsomeness obvious, a strange bandage covering his nose perhaps a sign of the intense war that is coming.

Last but not least, Gungtan, a character who was also taught to be a weapon, will be played by actor Sung Joon. Ban, and he grew up together and were once close friends, but a particular circumstance caused them to become enemies. His character picture is distinctive in many ways. Actor Sung Joon, whose natural hair colour is dark, appears to have coloured it to match his character’s appearance in this side view to emphasize the lush grey locks of Gungtan. He has depicted in the poster with his eyes locked on his prey and a scary expression on his face. A big attraction for eager fans has been his friendship with Ban, played by Kim Nam Gil.

The four key characters are peeking out from their animated identities and making them recognized for their live-action or K-drama selves in the character posters, which appear to be a tribute to the story’s beginning, Island’s webcomic version. The much-awaited show, set to debut on December 30, will fill viewers’ screens with lots of action, imagination, and drama.

Pathaan, featuring Deepika and Shah Rukh Khan, is asked by the CBFC to make changes