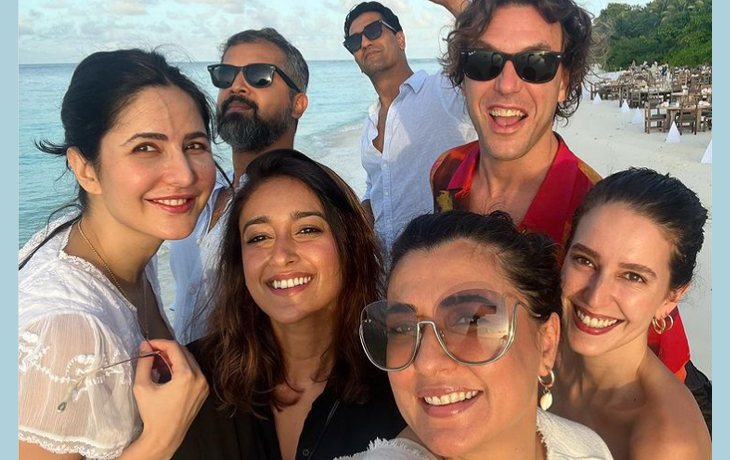 Katrina Kaif has been having a wonderful time with her friends and family in the Maldives. The actress is spending her birthday at the beach this year. Social media has been showing peeks of the celebration. Instagram and other social media are filled with images of Katrina, Vicky Kaushal, Katrina’s sister and brother, Kabir Khan, and Mini Mathur. Illeana D’Cruz is the additional person whose appearance in these photos has drawn the most attention. Additionally, news about her love life has recently made headlines.

The Times of India says that Illeana D’Cruz has found love again with Katrina Kaif’s brother Sebastian Laurent Michel. The couple has reportedly been dating for longer than six months. According to sources, the pair prefers to spend time together at Ileana and Katrina’s homes in the same Bandra neighbourhood and London. It appears that Sebastian and Illeana are also Instagram followers of one another.

For those who are unaware, Illeana D’Cruz’s previous bond with photographer Andrew Kneebone came to an end a few years ago. Even though the actress accepted their breakup, she chose not to speak about it. After the lockdowns were lifted, Ileana continued to be single, busy with her career and spending her spare time travelling to various stunning locations.

Ileana was most recently seen in the movie The Big Bull with Abhishek Bachchan, Sohum Shah, Ram Kapoor, Nikita Dutta and Saurabh Shukla. In addition, she will be seen with Randeep Hooda in Unfair & Lovely. Balwinder Singh Janjua makes his directorial debut with this movie, which deals with cultural racism in Indian culture. She also has the untitled Vidya Balan and Pratik Gandhi movie directed by Shirsha Guha.