In “Dancing With Myself,” Priyanka Chopra Applauds Her Husband Nick Jonas’ Efforts As He Imitates Shakira’s Belly Rol 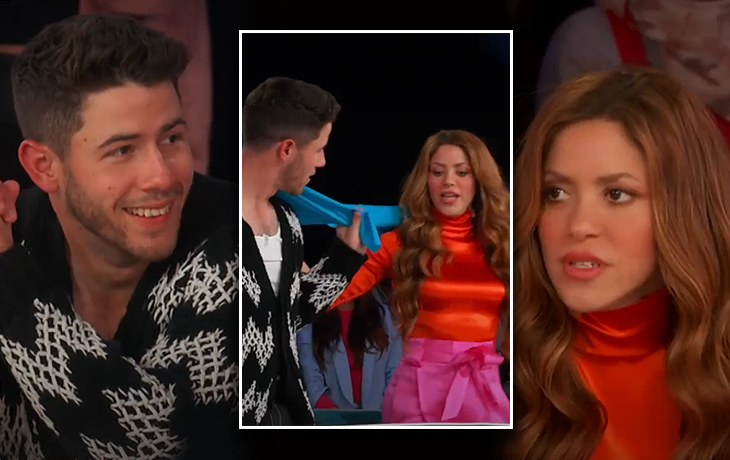 On his brand-new reality series Dancing With Myself, Nick Jonas attempted to do a belly roll, and Priyanka Chopra encouraged him.

Along with Shakira and Liza Koshy, Nick Jonas is busy judging the new dance reality show Dancing With Myself. In addition to fans, his wife Priyanka Chopra is also addicted to the programme. In the most recent episode, Chopra sent a heartfelt post to encourage Nick as he tried to learn belly roll moves from Shakira.

Sharing a clip from the episode, Shakira attempted to teach Jonas some of her signature belly rolls seen in her music videos. Nick wrote on his Instagram while performing on Shakira’s famous- Hips Don’t Lie, “The difference when your hips don’t lie vs when your hips DO lie.” The singer Nick Jonas was seen in the video attempting to mimic Shakira’s fluid movements and remarking, “See, my body can’t do that.”

Wife Priyanka Chopra re-shared the picture on her Instagram story even though he may not have perfected the skills and penned, “A for effort baby”, which includes the emojis for a red heart and clapping. Fans of the pair, who are constantly grateful for how they support one another, are sure to be touched by her post of support for her spouse.

The Academy Has Invited Kajol, Suriya, Reema Kagti, And Rintu Thomas To Serve As Renowned Members Of The Oscars Committee