Popular
“Aditya Dhar, You’re The Biggest Blessing In Life,”...
Ajay Devgn And Varun Dhawan Praise Each Other...
Dhanush And Sekhar Kammula Collaborating For A Trilingual...
Exclusive Interview: Ravindra Parekh, a Writer, Poet and...
Tiger 3: Salmaan Khan to reunite with actress...
Tahira Kashyap States that she borrowed money from...
Kartik Aaryan Is Spooky In Freddy’s New Teaser
Mahesh Babu Pens A Heartfelt Note For His...
Ranbir and Alia disclose the name of their...
Anand L Rai on Akshay Kumar’s Raksha Bandhan’s...
Home South “I Am Glad I Am Back With Salaam Venky”, Says Revathi
South

“I Am Glad I Am Back With Salaam Venky”, Says Revathi 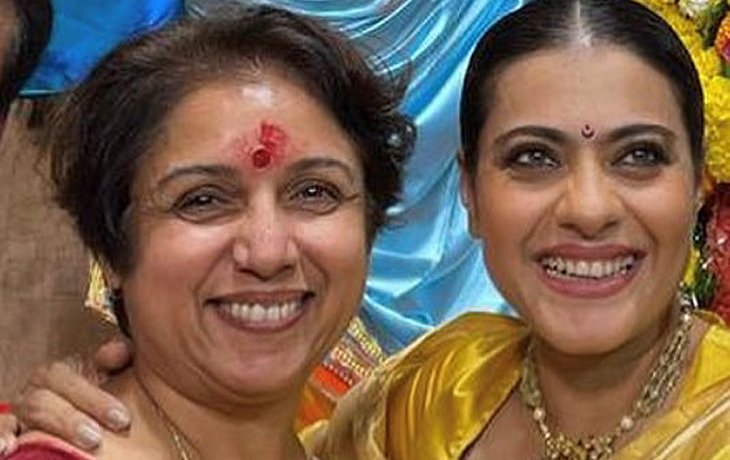 Actor-turned-director Revathi is making a comeback with Salaam Venky after directing Phir Milenge, starring Salman Khan, Abhishek Bachchan, and Shilpa Shetty. She claims she is pleased with her comeback and will stick to directing from this point forward.

On the sidelines of the Salaam Venky promotional event, filmmaker Revathi spoke with the press.

When we asked about returning to socially driven Hindi cinema after 18 long years, Revathi said, “I don’t why I return after 18 long years, see what happens, when life takes on you one certain track, you keep on going forward, and somehow you forget to do certain things, and then you realize why didn’t I do the things I’d always wanted to do? And that happened to me, so Salaam Venky is that moment for me. I am so happy that I am back with this movie, I even chopped my hair short, so it is a certainty that I will not do acting but direction”

The lead actors in Salaam Venky are Kajol and Vishal Jethwa, and the story of a mother and her son, Venky, who has Duchenne muscular dystrophy, is based on an actual incident. Aamir Khan also makes a cameo appearance in the movie.

When asked about working with Aamir Khan, she added, “Aamir Khan asked to read his scenes, so we sent the scenes to him, and he read it, and replied, I am doing it. So, it was just over the phone. After that, we narrated the script to him”

“Zaalima Song Is About Dealing With Heartbreak”, Says Kanika Mann