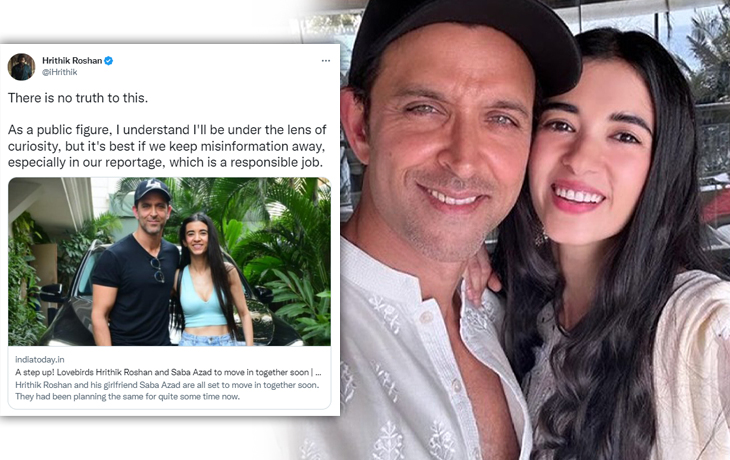 Saba Azad and Hrithik Roshan have been dating for some time. Rumours are circulating online that a couple has decided to move in together. While taking their relationship to the further stage, has paid 97.50 crores for an apartment in a Mannat building in Mumbai, near the Juhu-Versova link road.

Hrithik slammed the rumours on his Twitter account and stated, “There is no truth to this. As a public figure, I understand I’ll be under the lens of curiosity, but it’s best if we keep misinformation away, especially in our reportage, which is a responsible job.”

Saba also joined the actor Hrithik and his family at his Mumbai home for the Diwali celebrations. Saba recently provided her fans with a sneak peek into how she and Hrithik celebrated Saba’s birthday on November 1. The duo has been attending parties since they declared their relationship official at Karan Johar’s 50th birthday celebration. When Hrithik and Saba were seen together having dinner in December of last year, rumours about their relationship began to spread. The couple’s appearances and social media PDA speak for themselves, even though they haven’t discussed their relationship.