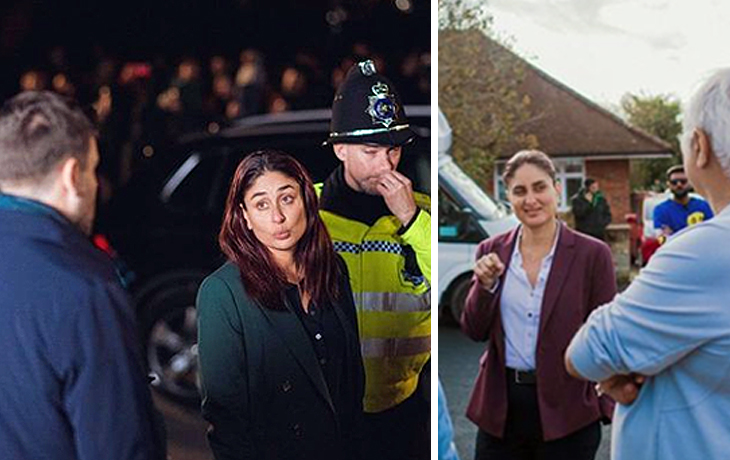 Bollywood diva Kareena Kapoor Khan tweeted many images with the director Hansal Mehta from the set of her forthcoming movie.

Kareena posted the picture on Instagram with the caption, “United Kingdom Dover Diaries 2022 Always an atmosphere on site.”

Along with her fellow co-stars and the director Hansal Mehta, Kareena could be seen grinning and making silly faces on the sets in the photos.

The “Heroine” actor makes her acting and producing debut with this movie. Ekta Kapoor and Hansal Mehta co-produced the movie.

In the meantime, Kareena was paired with Aamir Khan in the underwhelming film “Laal Singh Chadha” in which she appeared for work.

She also finished filming the Sujoy Ghosh-directed OTT project that served as her debut. The Japanese novel “The Devotion of Suspect X,” which also features Jaideep Ahlawat and Vijay Varma in the lead roles, served as the inspiration for the movie. Netflix will be the only place to watch the film.