Popular
“Aditya Dhar, You’re The Biggest Blessing In Life,”...
Ajay Devgn And Varun Dhawan Praise Each Other...
Dhanush And Sekhar Kammula Collaborating For A Trilingual...
Exclusive Interview: Ravindra Parekh, a Writer, Poet and...
Tiger 3: Salmaan Khan to reunite with actress...
Tahira Kashyap States that she borrowed money from...
Kartik Aaryan Is Spooky In Freddy’s New Teaser
Mahesh Babu Pens A Heartfelt Note For His...
Ranbir and Alia disclose the name of their...
Anand L Rai on Akshay Kumar’s Raksha Bandhan’s...
Home Bollywood news Hrithik Roshan captures ladylove Saba Azad beautifully in this new pic. Are they together in Paris?
Bollywood newsFeatured

Hrithik Roshan captures ladylove Saba Azad beautifully in this new pic. Are they together in Paris? 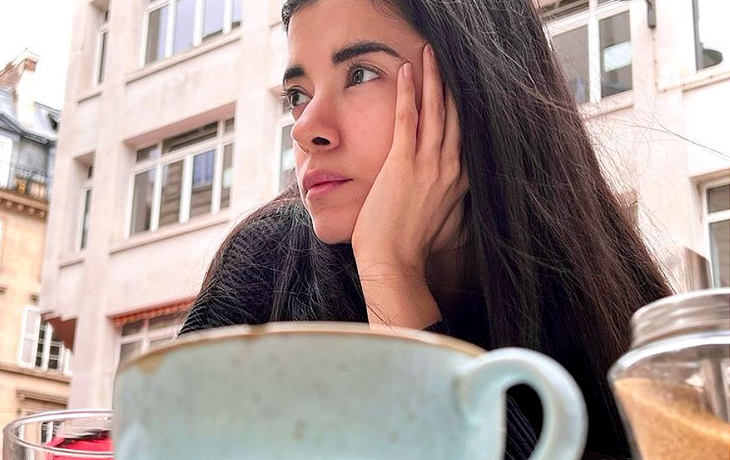 Recently, news stories about Hrithik Roshan and Saba Azad’s burgeoning romance have dominated the media. According to reports, the couple has been dating for some time, and their relationship is still strong. Hrithik and Saba’s mushy affair is often in the news, from their public outings in the city to their social media PDA. A short while ago, Saba posted a stunning photo to her Instagram page and credited Hrithik as the photographer. And guess what? Paris was the setting!

In the image, Saba was the pinnacle of grace and beauty. When Hrithik began to take pictures, she turned her head away. In front of Saba was a cup of coffee, which we believe to be Hrithik’s. Additionally, Saba identified Paris, France, as the photo’s location. Do the two lovers have a romantic holiday planned in Paris? Saba wrote a clever caption to go with the picture. She wrote, “Not a selfie, not my coffee. Image by @hrithikroshan.” Naturally, the shot and its shooter caused a craze among the admirers, who helped the photo go global.

After his 2019 smash War, Hrithik Roshan will star alongside Saif Ali Khan in Vikram Vedha’s official Hindi version. One of the most anticipated movies of the year is the picture. Hrithik will next be seen in Siddharth Anand’s film Fighter, which also stars Deepika Padukone and Anil Kapoor, after Vikram Vedha. The Rocket Boys was the last time we saw Saba Azad, and the Minimum is her upcoming full-length film.

During the TKSS tour, Kapil Sharma poses with a stylish car and jokes about going for a walk in it.