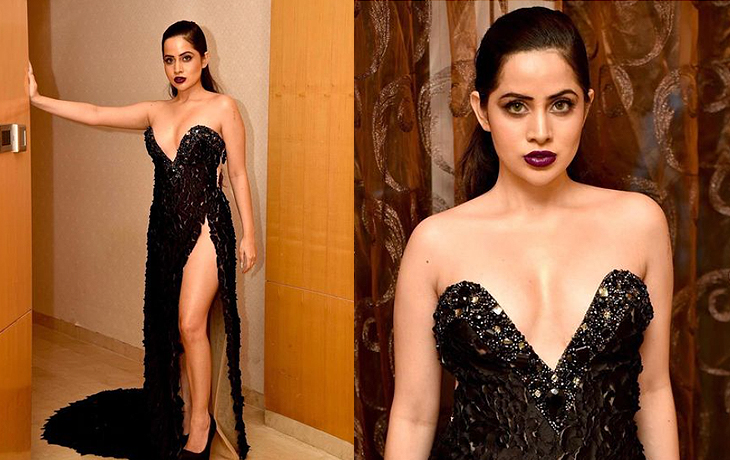 Fame from Bigg Boss OTT Urfi Javed continues to grab attention with her provocative, revealing attire and mind-numbing remarks. The diva is back with her opinion on Nupur Sharma’s controversial statement on the prophet.

Urfi Javed is an expert at handling trolls and receiving criticism online. When asked about how Nupur Sharma is getting death threats over her recent remarks, she said, “Threats are not good at all, not good for anyone making any death threats for anyone, whatever Nupur Sharma did, Supreme Court is there to handle the case, and they will handle it, we shouldn’t take law in our hands.”

Hindu and Muslim anger has risen due to Nupur Sharma’s remark to the point where some are beginning to take matters into their own hands. In Udaipur, a man was recently butchered because of the same.

Following the enormous issue surrounding the poster for her documentary “Kaali,” Leena Manimekalai has been receiving criticism from many people.

When asked Urif about the poster, she said, “Religious topics or Religion is something people are very sensitive about, so when it comes to making such posters, we should be very mindful. We should be ever mindful while making such a statement, and you shouldn’t hurt religious sentiments, but freedom of speech is important.” In addition to his social media prominence, Urfi has appeared in series like Chandra Nandini and Bade Bhaiyya Ki Dulhania, Saat Phero Ki Hera Pherie, Bepannaah, Jiji Maa, Daayan, and Yeh Rishta Kya Kehlata Hai, Kasautii Zindagii Kay. She most recently appeared in a Kunwarr music video.

Kangana Ranaut claims that she did A Surgical Strike On Karan Johar on Koffee With Karan: Ghar Me Ghuss Ke Mara Tha

Hrithik Roshan captures ladylove Saba Azad beautifully in this new pic. Are they together in Paris?