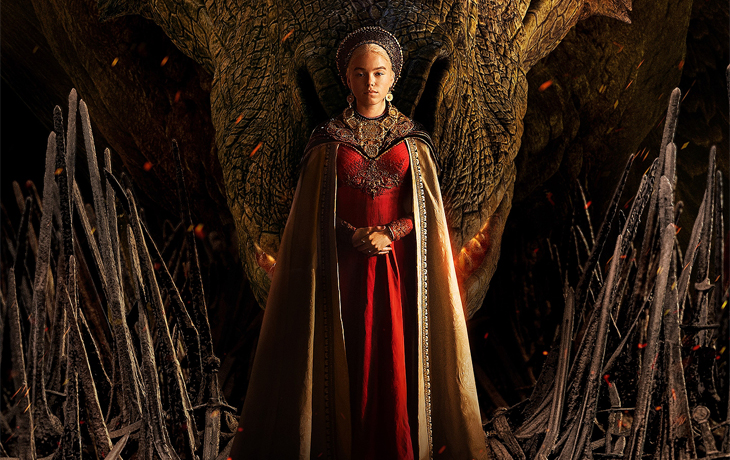 Well, it is time for us to finally be happy about Monday mornings courtesy of the Game of Thrones prequel, House of the Dragon. George R.R. Marine is back with one of the biggest shows but in a different form.

This time, the focus will all be on the House of Targaryen, which is years and years before what happened in GOT. 172 years before Daenersy was born, the mad kind, i.e. Aery Targaryen, passed away. With a hope that this will make up for how things ended for GOT’s last season, we might as well be glad about House of the Dragon and everything it offers.

House of The Dragon offers everything that we’ve seen in GOT; in fact, it gets better, and only good things are retained in this one. We have the Great Council looking out to finally find a successor, and between Prince Visery and Princess Rhaenys, the tradition of not having a female rule continues. However, when it’s time to find a successor and name one again, it looks like things are about to change and what builds up in the coming moments is beautiful.

Another advantage of this show is that one can focus on just one of the many worlds that Game of Thrones offers us. Since we are only talking about the Targaryens here, we know things will only get better.

Another absolute treat for true blue fans is how much this show has gotten gory, how things are pretty crazy, and of course, there’s nudity too. While so far, there’s been some kind of backlash that we’ve seen, the first episode has sure given glimpses and made way to just how much things will only get bigger with the episodes to come.

High hopes were riding on this one since we hoped for things to get better and while everything gets better, so does the story, along with great performances. Milly Alcock as Rhaenyra is an amazing performer, and we love her so far. Paddy Considine as Viserys is a layered character with multiple facets to him, all shown and displayed well. And then, there’s Matt Smith as Daemon, and honestly, you just cannot get enough of him. While you’d want to hate him, but he is a great performer, and in our hearts, we’d like to believe that there’s going to be a lot more he has to offer.

All in all, the debut episode of House of the Dragon is as good as it can get, and we hope there’s only onward and upward with every single episode ahead. The fans of GOT are definitely in for a fun ride to what promises to be a stellar show.

Chup – Revenge Of The Artist Gets A Release Date