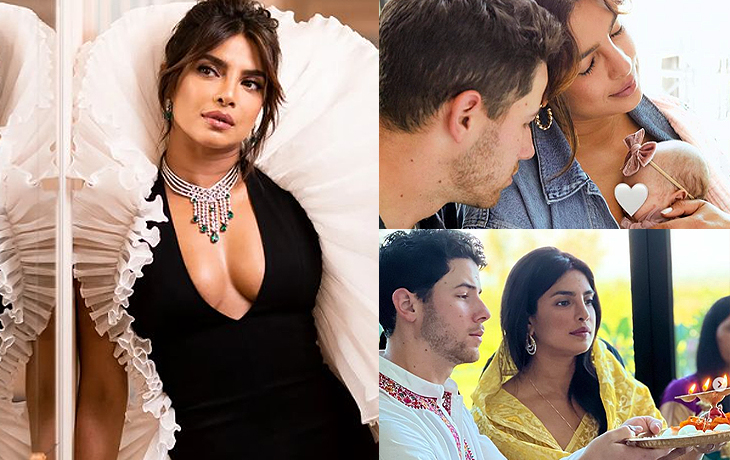 Here are five things in life you can learn from her, from taking chances to embracing motherhood.

Priyanka Chopra is a megastar who consistently brings honour to her nation. She made a name for herself not only in Bollywood but also in Hollywood. Many people have always found inspiration in Priyanka. Today is the actress’ birthday, and as she grows another year older, we’ve gathered five life lessons from her journey that we can all use in our lives.

Even though she is living in the United States with her husband, Nick Jonas, who is not an Indian national, Priyanka Chopra is still considered dil se desi. Priyanka celebrates every event with utmost passion and excitement, whether Diwali, Holi, or another. She celebrates the festivities and ensures that her entire family participates in them. Our desi girl hasn’t forgotten her roots.

Do not restrict yourself.

Priyanka Chopra’s life would not have transformed if she had decided against competing in the beauty contest. She never saw herself as limited and aspired to be more excellent. Even when she gained fame as one of Bollywood’s top actresses, Priyanka continued to try her fortune in Hollywood; as a result, she is now a global star and making her nation proud.

Priyanka Chopra permanently moved ahead and took chances, whether in her personal or professional life. She took many opportunities that improved her and helped her succeed in life, but some of them also failed. Despite this, she continued to rule the world.

At the top of her career, she was welcoming motherhood.

Priyanka demonstrated that becoming a mother won’t be difficult for you, even if you’re a successful woman. When her daughter was born, she entered one of the most beautiful phases of her life, and it just so happened that her career was at its top.

Study your mistakes and improve.

Every human being cannot be perfect in whatever they undertake; mistakes happen. Even Priyanka has made a lot of mistakes, both professionally and personally. However, she went on after taking the lessons from them.

Lalit Modi and Sushmita Sen are dating? IPL founder shares cosy photos of a Maldives holiday with the actress.