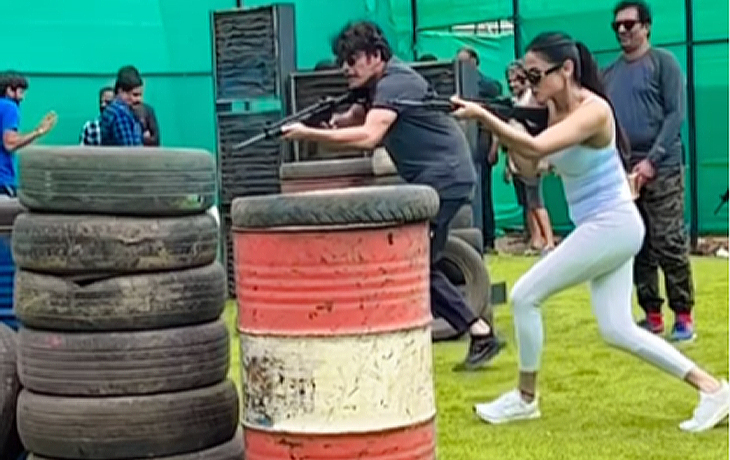 Sonal Chauhan, a singer and actor, is delighted to wish her The Ghost co-star Nagarjuna Akkineni a happy birthday.

Actress Sonal Chauhan who is sharing the screen space with Nagarjuna in the forthcoming noir-action-thriller The Ghost, took to her social media profile and shared a candid picture and wrote, “He is coming with all guns blazing. Happy happy birthday to my super cool co-star.” #HappyBirthdayNagarjunaAkkineni.”

Praveen Sattaru is the author and director of The Ghost. North Star Entertainment and Sri Venkateswara Cinemas are the producers. Gul Panag, Anikha Surendran, Ravi Varma, Manish Chaudhari, and Srikanth Iyengar are also featured in the movie. The movie debuts in theatres on October 5, 2022.

Actress Sonal Chauhan is working on Adipurush, a sizable project in addition to The Ghost. Adipurush is a bilingual Hindu mythological movie directed by Om Raut and produced by T-Series Films and Retrophiles, and it is based on the epic Ramayana.

Prabhas plays Raghava in the movie, and Saif Ali Khan and Kriti Sanon play the key characters. The film is slated for January 12, 2023, theatrical debut.

Swara Bhasker Unveils What The Luck From Jahaan Chaar Yaar