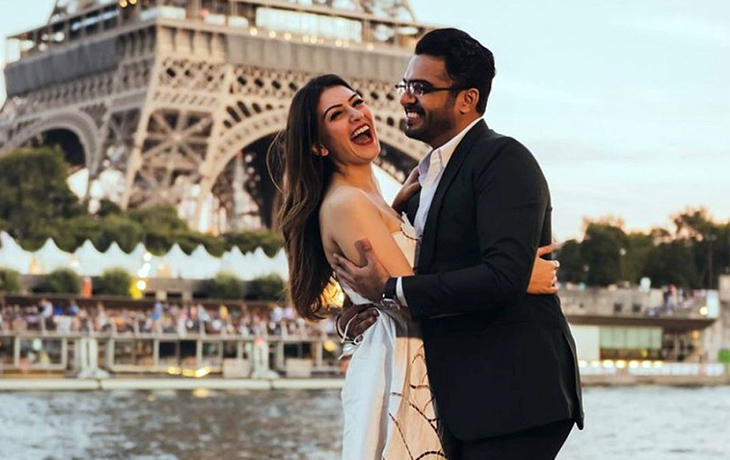 In the city of love, Paris, actress Hansika Motwani eventually got engaged to Sohael Khaturiya.

At the foot of the Eiffel Tower in Paris, Sohael Khaturiya proposed to Hansika. The actress posted several images from the proposal and her acceptance on her social media pages.

Today, Hansika Motwani used social media to announce her engagement to Sohael. He is a businessman from Mumbai who has worked with the actress on a project. “Now&Forever,” she captioned her post.

According to reports, Hansika Motwani and Sohael Khaturiya will exchange vows on December 4 at Jaipur, Rajasthan’s Mundota Fort and Palace.

In the following days, Hansika and Sohael will formally announce their nuptials. The three days leading up to the wedding’s celebrations will start on December 2.

In the meantime, Hansika will soon be featured in several films with director R Kannan, including Partner, 105 Minutes, My Name Is Shruthi, Rowdy Baby, Guardian, and an untitled picture. She will shortly make her digital debut in shows like Nasha and MY3.

Her mother, Mona Motwani, is a dermatologist, and her father, Pradeep Motwani, is a businessman. Shaka Laka Boom Boom, a television serial, served as Hansika’s debut project. She later performed in the Indian television series Des Mein Niklla Hoga Chand and appeared in Koi Mil Gaya alongside Preity Zinta and Hrithik Roshan as one of the kids.