GoodLuck Jerry Twitter review: Janhvi Kapoor starrer gets a thumbsup from the viewers 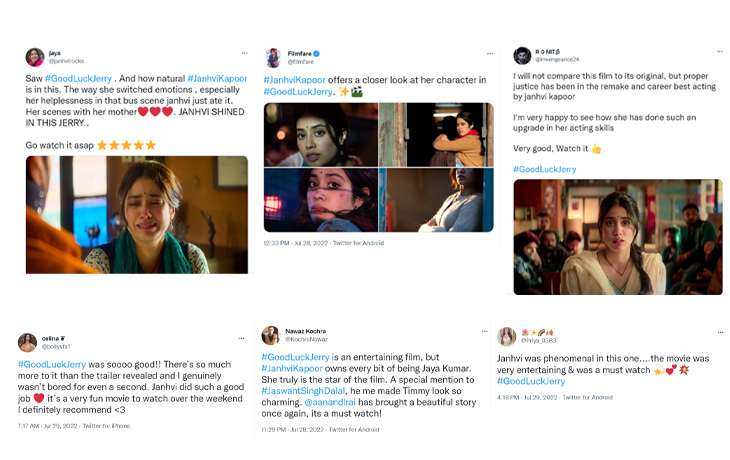 The movie features Janhvi Kapoor in the titular role and has managed to get everyone talking. The film has action, drama and crime, and together, makes for quite an interesting watch after all. With the film now streaming on Disney+ Hotstar, everyone has a lot to say about it.

All that everyone has to say is Janhvi has managed to ace the role of Jaya, and there’s no denying that. Many are excited to see what’s ahead from the actress now that she’s wowed everyone with this.

Meanwhile, here’s looking at the twitter reviews for GoodLuck Jerry:

The movie also features Depak Dobriyal, Mita Vashisht, among others and everyone has managed to pull off quite the watch here.