First Look Out: The Vicky Kaushal-starring film Sam Bahadur will premiere in December 2023 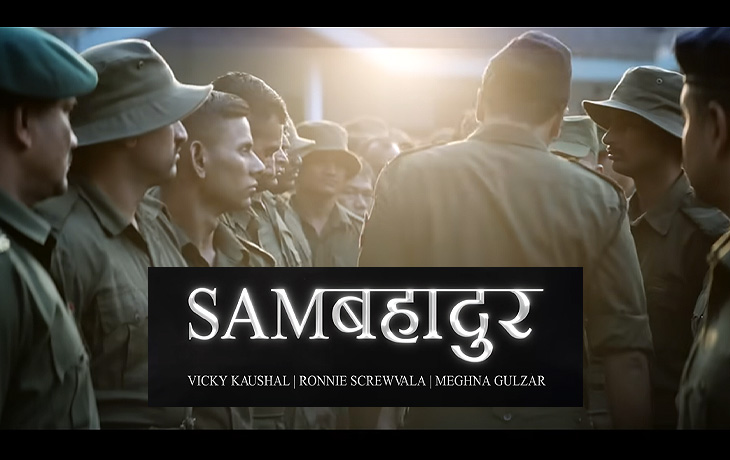 Fans have been expecting the arrival of this film with bated breath ever since Sam Bahadur was announced earlier. In addition to Vicky Kaushal playing Sam Bahadur, Sanya Malhotra and Fatima Sana Shaikh play significant parts in this Meghna Gulzar movie. Vicky frequently posted videos and pictures from the sets while the movie was filmed. He had just returned from Kolkata after finishing a schedule for the movie, and today he posted the movie’s first look and the launch date of Sam Bahadur on his Instagram account.

The film’s first trailer was released yesterday, exactly one year before the movie’s debut, which has sparked tremendous excitement among fans for the eagerly anticipated release. A unit of army officers appears in the clip, clearing the way for Sam Bahadur. Since the movie’s announcement, people have been talking about how closely Vicky resembles Sam and how accurately Vicky portrays him in the film. The anticipation is expected to grow now that the makers have revealed the release date.

Sam Bahadur fans could not stop applauding the movie when Vicky Kaushal unveiled the first look. A fan penned the following, “That walk”, with a fire emoticon. Another admirer wrote, “Sooo excited for this one.” Another fan added, “All hail the king”.

Sam Manekshaw served in the Army for forty years during five different wars. His military win in the 1971 Indo-Pak war resulted in the formation of Bangladesh, and he became the first Indian Army officer to be given the rank of Field Marshal. The movie, produced by Ronnie Screwvala and directed by Meghna Gulzar, will be shown in theatres on December 1, 2023. It stars Vicky Kaushal, Fatima Sana Shaikh and Sanya Malhotra.