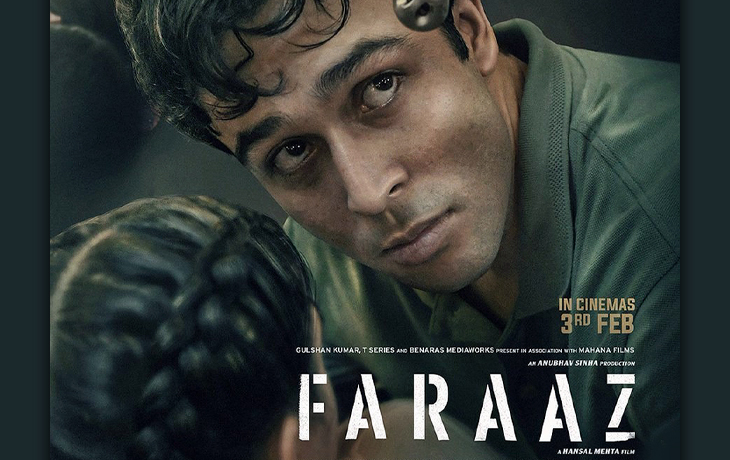 After unveiling the first look poster and release of Faraaz, filmmaker Hansal Mehta will drop the trailer for the film Today.

Faraaz is based on the events in July 2016, when armed robbers broke into the Holey Artisan Bakery in Dhaka and murdered 20 patrons and two employees. Two police officers and five gunmen involved in the ensuing gunfire were among the remaining casualties.

The suspenseful movie will be released in theatres following a major world premiere at the BFI London Film Festival on February 3, 2023.