Don grosses over 50 crores in its first week in India, starring Sivakarthikeyan. 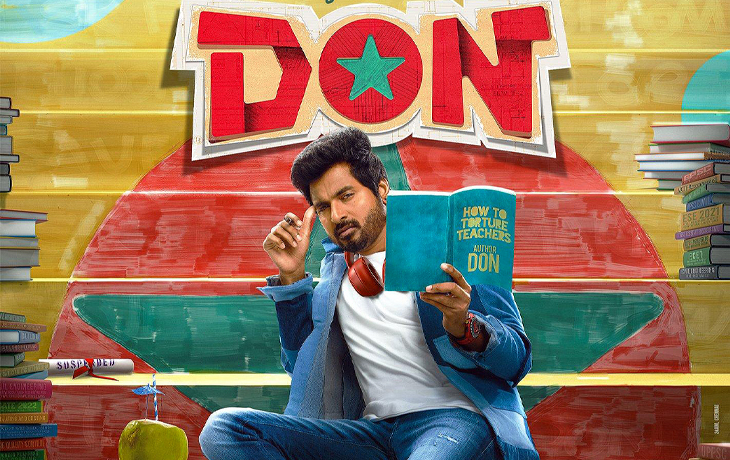 Don, a Tamil college comedy-drama starring Sivakarthikeyan, had an intense opening week at the Indian box office. The film grossed over Rs. 52 crores in its first seven days, demonstrating great weekday sticking power. Thursday’s receipts were roughly 40% of the first day’s, a fantastic trend for a South Indian film. Don’s first week’s earnings are the best of Siva’s career, surpassing his previous movie, Doctor, which earned Rs. 45 crores in its first seven days. The doctor went on to become Siva’s highest-grossing film, grossing Rs. 82 crores; Don is expected to surpass that with a final gross of Rs. 90 crores in India.

Don’s box office collections in India are as follows:

Tamil Nadu contributed Rs. 43.50 crores of its Rs. 52 crores in India. The weekday collections were incredible, outperforming more notable titles like Beast, Valimai, and even RRR, which all had higher opening weekend collections. In Tamil Nadu, cinema collections have recently declined on weekdays before increasing on weekends. Don has maintained a firm hold on weekdays despite a new release, with over 70% of showings during the second weekend. The film is expected to gross Rs. 55 crores or more in Tamil Nadu by the end of the weekend, with a complete run of Rs. 80 crores or more possible.

The following is a breakdown of Don’s Indian box office collections by territory:

Deepika Padukone looks gorgeous in a crimson gown on Day 3 of Cannes 2022.

Ed Sheeran and wife Cherry Seaborn have had their second child: “We’ve had another wonderful kid.”