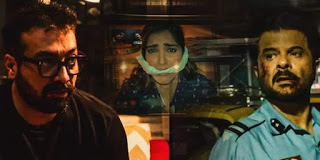 Acclaimed Bollywood Director Anurag Kayshap and Film Star Anil Kapoor have become brutal enemies in upcoming Netflix Film AK VS AK. From the film trailers, one can make out that Anurag and Anil are talking with each other to work in a film together but things become nasty and violent when Anurag kidnaps Anil Daughter Sonam and then tells Anil he has only has 10 hours to rescue his daughter.
Film will get digital release on NETLFIX.

As Movie theatres have opened up after 10 Months New films like Tenet and Indooi Ki Jawani have released.