Chrissy Teigen shares a photo of her growing baby bump to reveal her pregnancy. 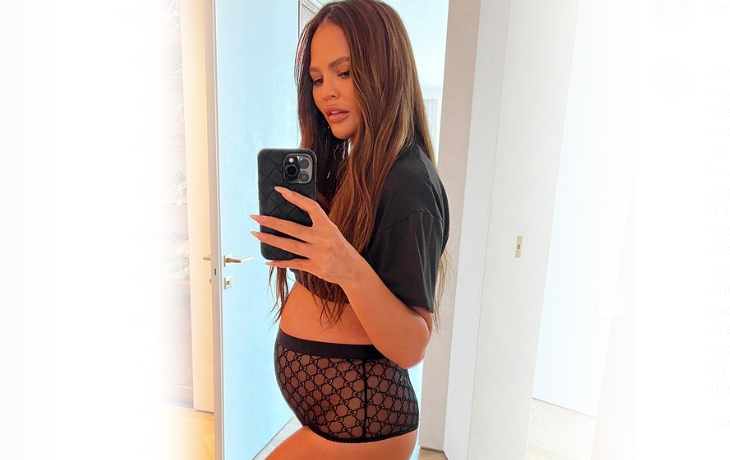 When Teigen shared the good news, she wrote, “The last few years have been a blur of emotions, to say the least, but joy has filled our home and hearts again.” The author of Cravings could be seen taking a mirror selfie while showing off her growing baby bulge in the image that was shared with the post. Teigen said in her statement that she is feeling hopeful and amazing.

Chrissy also discussed how difficult it has been to conceive again following her heartbreaking pregnancy loss in the note shared. Further stated, “Every appointment, I’ve said to myself, “ok, if it’s healthy today, I’ll announce,” but then I breathed a sigh of relief to hear a heartbeat and decide I’m still too nervous. I don’t think I’ll ever walk out of an appointment with more excitement than nerves, but everything is perfect and beautiful so far.”

Fans and friends of Chrissy showed their support for her joyful announcement. Irina Shayk, Octavia Spencer, Tan France, Kate Hudson, and other celebrities congratulated her.

Miles, 4, and Luna, 6, are also children of Chrissy and John. After the couple miscarried and lost their baby Jack, Teigen revealed a year later that she had begun in vitro fertilization to get pregnant once more.

Suhana Khan goes for dinner with Agastya Nanda, a co-star from The Archies, and his mother, Shweta Bachchan.

Aamir Khan and Kareena Kapoor Khan’s made five spicier confessions on season 7 of Koffee With Karan.