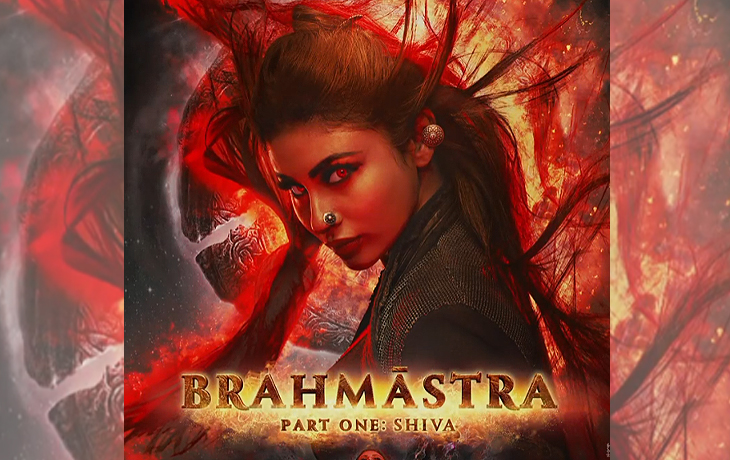 Mouni Roy is delighted, and rightfully so: the Brahmastra teaser is set to premiere tomorrow. Before the film’s release, Ayan Mukerji released a new poster featuring Mouni Roy as Junoon. Meet the head of the Dark Forces, our Mysterious Queen of Darkness, says the billboard, which includes a ‘pure diabolical’ image of Mouni. Ranbir Kapoor, Alia Bhatt, Amitabh Bachchan, and Nagarjuna Akkineni will star in the film. According to rumours, Mouni will portray the antagonist in the movie, battling Ranbir with her abilities.

Ayan conveyed his feelings about the poster portraying Mouni as Junoon by sharing it on social media. He wrote, “A lot of people, I think, are going to walk out of Brahmāstra, talking about Mouni’s Performance as Junoon. Moun – who has deep belief and deep surrender for Lord Shiva – has always understood Brahmāstra very naturally – and with that understanding, she killed it with her part in our movie! In my first meeting with her, I offered her a ‘special appearance’ in Brahmastra. Eventually, she shot with us from our first day to our last schedule and is the surprise package in the film!.”

Fans were particularly intrigued by Mouni’s appearance in the film’s initial teaser. She was described as having red eyes and an aura that radiated pure wickedness. Fans were ecstatic to see her face off against Ranbir, Amitabh Bachchan, and Nagarjuna Akkineni in the film after seeing her look.

Ayan had previously revealed Amitabh Bachchan and Nagarjuna’s character pictures, in which he introduced their roles. In Brahmastra, Big B and Nagarajuna’s characters have powers, or as Ayan refers to them, ‘astras.’ As Shiva, Ranbir is seen spewing fire from his palms. Isha, Shiva’s love interest, will be played by Alia. Brahmastra, directed by Ayan, will be released in many languages on September 9, 2022.

Kiara Advani Celebrates Her Eighth Year In Bollywood With Virtual Fans: You Still Have A Lifetime Of Entertainment