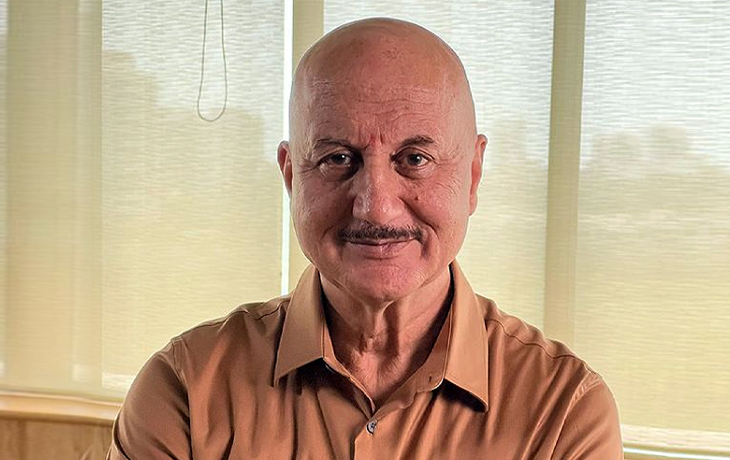 No introduction is necessary for Anupam Kher. The seasoned actor has given his fans numerous reasons to treasure his performances with his choice of movies. In films like Baby, Special 26, A Wednesday, Vivah, and others, Kher has exhibited his acting skills. Anupam is very active on social media and has a huge fan base. Anupam Kher is now enjoying the achievement of his most recent Telugu movie, Karthikeya 2. The Kashmir Files had previously achieved success. Kher recently discussed the issue between South and Bollywood films in an interview.

In his interview with ETimes, Anupam Kher stated, “You make things for consumers. (Problem starts) the day you start looking down on consumers, that, ‘we’re doing you a favour by making a great film. Now you are watching a great film.’ A collective effort achieves greatness, and that I have learnt by doing films in Telugu…I just did another film in Telugu, a film in the Tamil language; I’m going to do a Malayalam film.”

He said, “I think over there, I’m not differentiating between the two, but I think (their) cinema is relevant because they are not aping Hollywood. They are telling stories; over here, we are selling stars.”

Nikhil Siddhartha plays the lead role in the adventure drama Karthikeya 2, the follow-up to the 2014 film Karthikeya. In the Chandoo Mondeti-directed film, which also starred Harsha Chemudu as Suleman, Srinivasa Reddy as Sadananda, Anupam Kher as Dhanvantri and Adithya Menon as Santanu, Anupama Parameswaran played Mugdha.

10 horror movies that will give you goosebumps