Beast opens to a solid international reception, grossing 25 crores + on its first day. 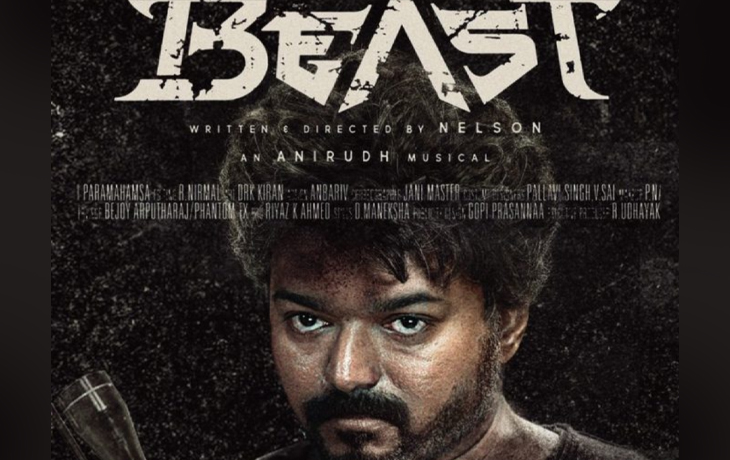 On Wednesday, Beast began its international launch with a massive $3.30 million (about Rs. 25 crores) opening day. The total might have easily surpassed $4 million, but the film failed to do well in the Middle East due to a working-day release during Ramadan month and no screenings in Qatar and Kuwait. The weekend collection will increase, and an extended weekend of $9 million or more can be expected.

With $850K on the first day, North America was the best bet. In the United States, the film has had the strongest start of Vijay’s career, with Tuesday previews reaching 2.0. The United States is a poor performer for Vijay; thus, such good results from a weaker territory are incredible.

Malaysia, a prominent Tamil box office centre internationally, hasn’t been performing well recently, but it bounced back with this film, grossing over RM 2 million ($500K) on Wednesday. These figures were obtained throughout Ramadan and on a working day. Singapore likewise had a strong start, with a S$320K opening day, making it the market’s best non-holiday start. Sri Lanka had a record opening day, but exchange rates have plummeted due to the country’s recent economic turmoil, so the dollar value isn’t worth much. Vijay’s traditional strong zones, the United Kingdom and Europe got fast, with approximately $700K arriving from the continent.

Fans praise the show’s “fresh atmosphere” and Kourtney and Travis’ romance in the premiere episode of The Kardashians.