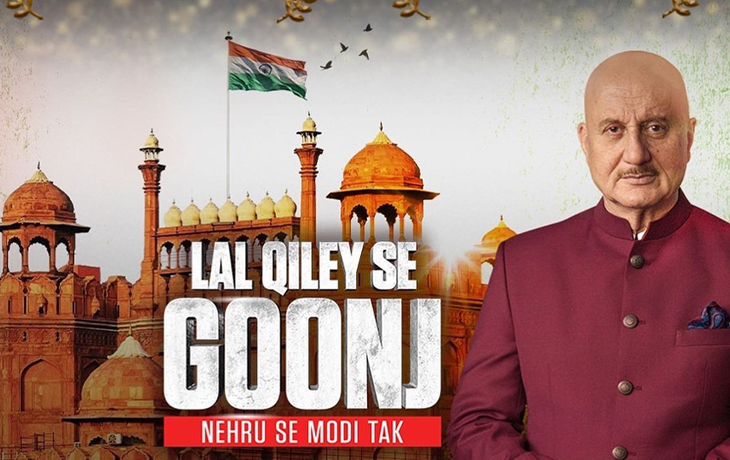 Anupam Kher, a seasoned actor, is now the narrator and producer of the new programme “Lal Qile Se Goonj – Nehru Se Modi Tak.” With four different ITA Awards under its belt, the programme explores the history of independent India through the views of various Prime Ministers.

Sharing the excitement over the win, Anupam Kher took to his social media profile and wrote, “Happy to share that #AnupamKherStudio won all the four awards we were nominated for. For our documentary #LalQileySeGoonj at the @theitaofficial. Proud of our team. Thanks to the jury for this great honour! Jai Ho! #KuchBhiHoSaktaHai #Documentary @anupamkherstud1 @HISTORYTV18”

Through the speeches of some of India’s most significant prime ministers, the programme goes deep into the history of independent India. Kher examines the genesis of the country that is now the largest democracy in the world while analysing the policies and choices that they made—or did not make—that eventually changed the course of our country.

In the meantime, Anupam Kher, an actor, has many films coming out, including The Signature, Shiv Shastri Balboa, IB71, Nautanki, Kuch Khattaa Ho Jaay, Kaagaz 2, and Emergency.

First Look Of Kangana Ranaut From Chandramukhi 2 Is Out