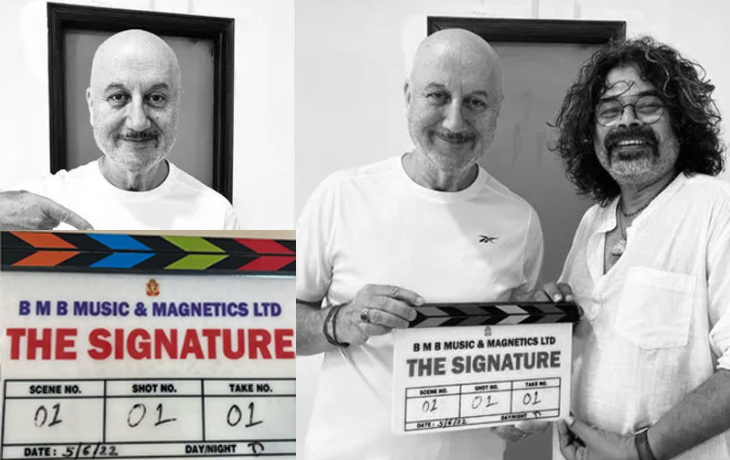 After seeking help from his fans for the title of his 525th film, actor Anupam Kher has zeroed-in on the title and start shooting for his next titled The Signature.

Anuoam Kher started his Bollywood career in 1984 with the Mahesh Bhatt-directed movie Saaransh, took to his social media profile and urged his fans to help him with the title of his 525th film, he asked his fans to select one of the following options for the title – The Last Signature, Sarthak, Nirnay, and Dastakhat. And now makers have opted for The Signature as the title.

Sharing the clapboard, Anupam Kher captioned his post, “It is “THE SIGNATURE” ! Yes!! The name of my 525th movie is finalised. Slightly modified but mainly based on your suggestions. We got more than 100,000 responses on various SM platforms!”

“The movie is directed by brilliant @gajendraahire_goda cinematography by @krishnasoren and produced by legendary #KCBokadia ji. Thank you for helping us decide the title of our film Jai Ho! #TheSignature #Film #Title #People” read the note.

The film is helmed by Gajendra Ahire, and cinematography is handled by Krishna soren. The film is bankrolled by KC Bokadia and hailed as a heart-warming story of a common man.

“Genuinely Touched With Love That I Am Getting For Modern Love Mumbai,” Says Fatima Sana Shaikh