“Genuinely Touched With Love That I Am Getting For Modern Love Mumbai,” Says Fatima Sana Shaikh 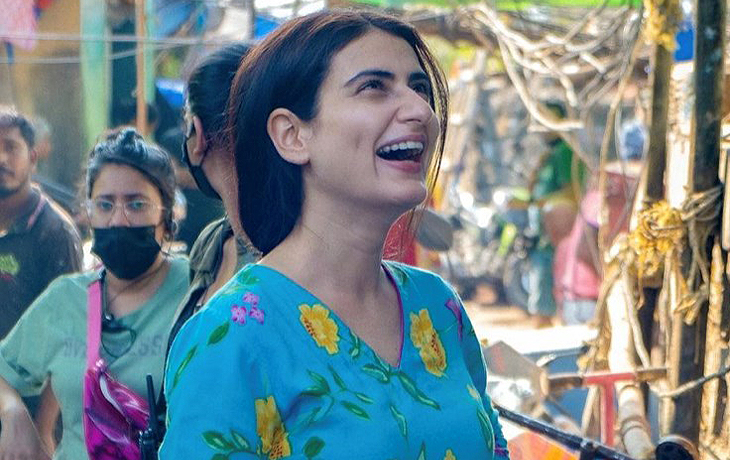 Fatima Sana Shaikh pens a heartfelt note and expresses her gratitude for the love and appreciation her role of Lalli from Modern Love Mumbai is getting.

Actress Fatima Sana Shaikh left cine-goers and critics in awe with her act as Geeta Phogat in Dangal. And now, she made headlines with her performance of a Kashmiri immigrant, Lalzari, in Shonali Bose’s Raat Rani: one of the six movies in Pritish Nandy’s anthology Modern Love Mumbai.

Sharing the note and some pictures from her character, Fatima Sana Shaikh wrote, “I am still not over with the joy of playing laali. All the highs and the lows. And finally I can show off the bruises I got falling off of the cycle. I genuinely am touched by the love that I am receiving”

“And to all the people who have reached out to me, shared their stories. Told me that they too have crossed the flyover and that laali has inspired them. Thank you for opening up to me. If you haven’t yet seen the film. Please do watch it. It’s on amazon, modern love. RAAT RAANI. @maniyar.nilesh @shonalibose_  I can’t thank you guys enough for giving me laali. #raatrani” read the full note.

In Raatrani, Fatima’s character Lali, she is a cook, and her husband Lutfi a security guard, in an upscale apartment in Mumbai, far from their native Kashmir. Long days end with ice cream – one cup, two spoons – until suddenly he dumps her, breaking her heart and shattering her dreams. All he leaves behind is his old bicycle and Lali finds courage to move on with her life.

Next, Fatima will be seen playing the role of Indira Gandhi in Sam Bahadur, also starring Vicky Kaushal in the lead role.