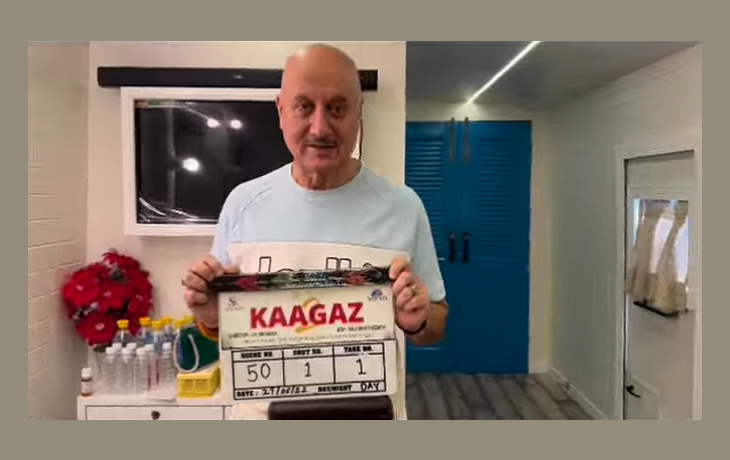 Anupam Kher, a seasoned actor, continues to work hard despite becoming older. He recently announced his 525th movie, The Signature, and has just finished shooting his 526th movie, Kaagaz 2.

It’s interesting to note that Pankaj Tripathi starred in actor and director Satish Kaushik’s most recent film, Kaagaz, which was about the fight of an ordinary guy who was mistakenly proclaimed dead by the government and starred Pankaj Tripathi.

According to reports, Kaagaz 2 would centre on a National Defense Academy student who assists his father, a lawyer, in a fatality case.

Anupam Kher, an actor, will soon be seen in Sooraj Barjatya’s film Uunchai. Parineeti Chopra and Amitabh Bachchan play the key characters in the movie. Neena Gupta and Boman Irani are among the actors that appear in the film.