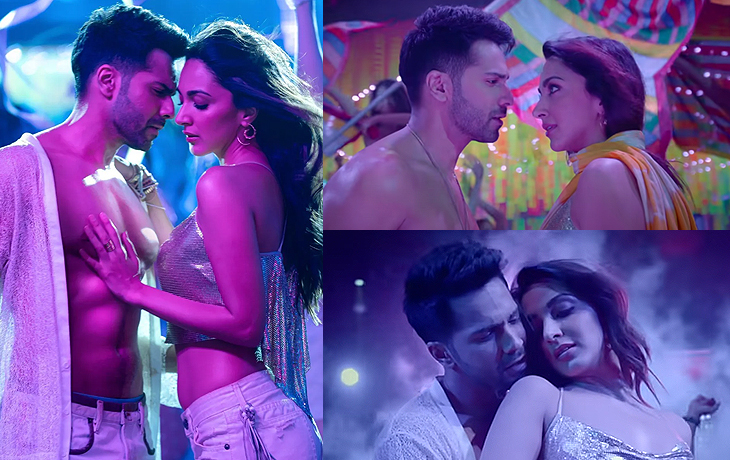 The song is crooned and composed by Kanishk Seth and Kavita Seth and it’s been written by Traditional. Despite being a slow melting number, it is set in party setting. Chiselled and six packed Varun and Kiara performing a slow dance in-the middle of water fountain, is something worth the watch!