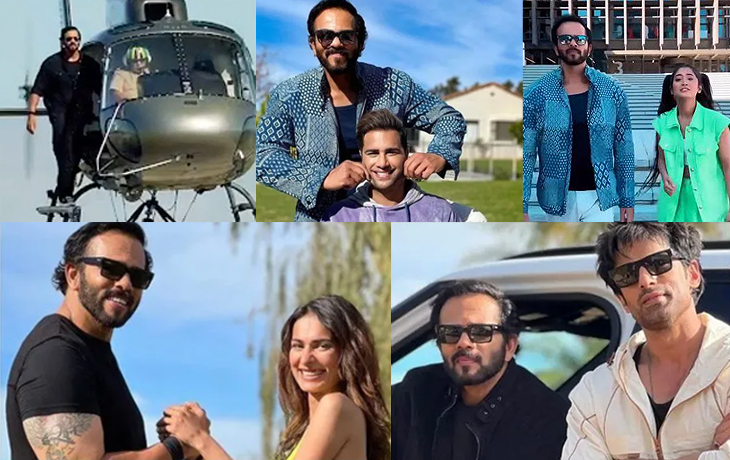 Entire contestant brigade of KKK-12 took the internet by storm when they posted their pictures with Rohit Shetty from Cape Town, and now the leader of the team, filmmaker drops a dare-devil video and kick-starts the new season of stunt-based reality show.

The stunt based reality show, Khatron Ke Khiladi is entering its 12th edition, the cast of the latest instalment earlier jetted off to Cape Town, South Africa to commence shooting, and now host and filmmaker Rohit Shetty announced that the show has gone on the floors.

In a video shared on social media, Rohit is seen hanging out from a helicopter that is mid-air.

This season will be high on entertainment and drama with a mix of TV and social media celebrities taking part. The show will air on Colors TV in the coming time.