Alia Bhatt Unveils The First Look Of Her From Brahmastra 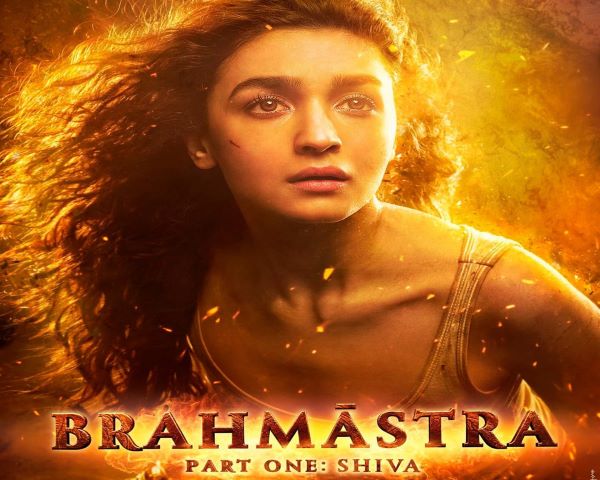 Alia Bhatt has unveiled her first look from the upcoming film Brahmastra. On her 29th birthday, she introduced her fans to Isha, her character from the film. The actress shared the teaser of the film and revealed her character. The film also stars Ranbir Kapoor as the male lead.

Sharing the teaser on Twitter, Alia wrote, “happy birthday to me, can’t think of a better day and a better way for you’ll to meet Isha ..Ayan, my wonder boy. I love you. Thank you!”

The teaser video starts with Alia holding Ranbir in her arms. Then we see Alia with different emotions-smiling, confused and surprised at various locations. The background portrays amazing cinematic and visual effects throughout the teaser, grabbing the audiences’ attention.

Karan Johar also shared the poster of Alia from the film and penned heartwarming birthday wishes for her. He wrote, “My darling Alia, There is so much love that I feel for you while I write this but also so much respect – respect for your immense talent, your incredible growth as an artist and your ability to be so real through all the beats of yourlife….”

Karan further added, “10 years ago, I didn’t know that one day I could proudly call you my very own Brahmāstra…my weapon of love and of abundant joy… Happy birthday my darling, shine bright always. Thank you for being YOU and for being the wind beneath the wings of this labour of love, I love you always and forever… See you in cinemas! Brahmāstra Part One: Shiva 09.09.2022 #HappyBirthdayAliaBhatt @aliaa08.”

Backed by Dharma Productions and directed by Ayan Mukerji. Brahmastra, part 1 of the trilogy, will be released in Hindi, Tamil, Telugu, Kannada and Malayalam. The film also stars Amitabh Bachchan, Mouni Roy, Ayan Nayak and Nagarjuna in pivotal roles.

Brahmastra will hit the theatres on September 9, 2022.