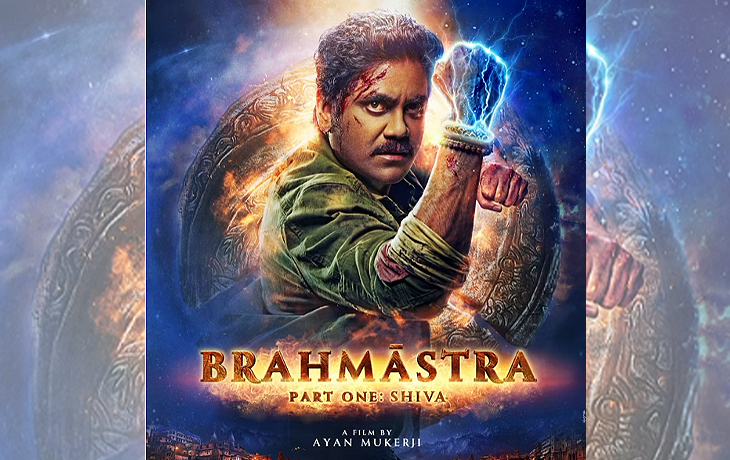 Alia Bhatt has presented the first look poster for Nagarjuna Akkineni’s character from the mythical sci-fi trilogy Brahmastra, which was previously introduced by Karan Johar.

Nagarjuna is shown in a mighty avatar of Anish, the lord who wields the prowess of a thousand Nandi, on the poster. Nagarjuna looks powerful and dangerous with his fist rolled up.

On June 15th, the trailer for the highly anticipated sci-fi fictional action thriller will be released. The film stars Ranbir Kapoor, Alia Bhatt, Mouni Roy, Dimple Kapadia, and others.

Brahmastra, directed by Ayan Mukerji, has been causing a stir on the internet since its introduction for a variety of reasons. To begin, the epic drama promises to be a never-before-seen visual spectacle with an all-star cast.

‘Brahmastra Part One: Shiva,’ the first instalment of the trilogy and magnum work, has been added to Walt Disney Studios Motion Pictures’ global theatrical release plan. This is the first time that an Indian film has made the cut. This means that the film will be released on September 9th in theatres all across the world.