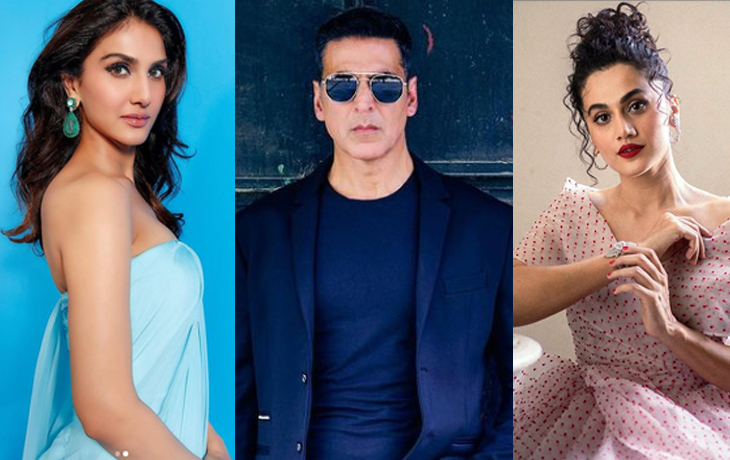 Akshay will reunite with his two co-stars in this movie. To be noted, Taapsee and Akshay appeared together within Naam Shabana and Mission Mangal, while the Sooryavanshi worked with Vaani in Bell Bottom. According to the source, Ammy Virk, a Punjabi singer and actor, would also play a significant part in the movie. More performers will shortly join the cast, but the details are still being worked out. The film is anticipated to begin production next year.

In addition, Akshay will appear in the upcoming films Selfiee, Bade Miyan Chote Miyan, OMG 2 – Oh My God! 2, a Marathi movie Vedat Marathe Veer Daudle Saat and a Hindi remake of Soorarai Pottru. The actor recently said he is also scheduled to star in his untitled film on mining engineer Sardar Jaswant Singh Gill, who saved 65 coal miners in 1989.

While Taapsee will next be seen in Dunki, which stars Shah Rukh Khan, Rajkumar Hirani will be the film’s director. Alongside Prateik Babbar, Pratik Gandhi and Shadab Rahbar Khan, she also stars in the comedy-drama Woh Ladki Hai Kahaan.