After London, Sonam Kapoor’s grand baby shower will now take place in Mumbai, with this as the party’s overall theme. 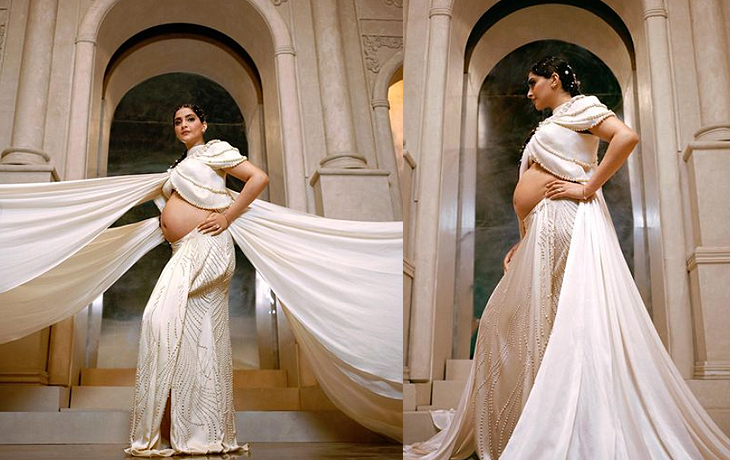 Sonam Kapoor, a Bollywood actress, is now really enjoying this stage of her pregnancy. Just a few days ago, he attended a baby shower in London. Only a small number of Sonam’s friends and family members were invited by her and her husband Anand Ahuja to the baby shower party. Her baby shower was a lavish, fairytale-inspired affair. The actress’s baby shower would be placed in Mumbai this time, according to news reports at the same time.

Everyone is aware that Sonam Kapoor and Anand Ahuja will soon become parents. On the other hand, Anil Kapoor and Sunita Ahuja are pleased with the joy of becoming maternal grandparents. Because of this, they both considered planning Sonam’s Godbharai Ceremony to make this wonderful moment even more memorable. According to rumours, Sonam Kapoor’s baby shower will take place the following weekend, July 17.

Kareena Kapoor Khan, Karisma Kapoor, Swara Bhaskar, Amrita Arora, Malaika Arora, Alia Bhatt, Natasha Dalal, Jacqueline Fernandez, Deepika Padukone, Masaba Gupta, and Rani Mukerji will all attend. According to reports, all of the preparations for the event have been completed. Sonam and Anand Ahuja were married at the actress’s aunt’s home. Sonam’s baby shower will take place here as well.

Sonam has reportedly arrived in Mumbai for her third trimester. The maternal grandmother of the baby is getting ready to host a baby shower with a bohemian theme. For your knowledge, know that Sonam Kapoor announced her pregnancy earlier this year by posting a photo of her baby bump. On May 8, 2018, she married Anand Ahuja. Since they got married, she has been living in London.

HYBE signs a contract with Disney, announcing BTS MONUMENTS: BEYOND THE STAR & more.