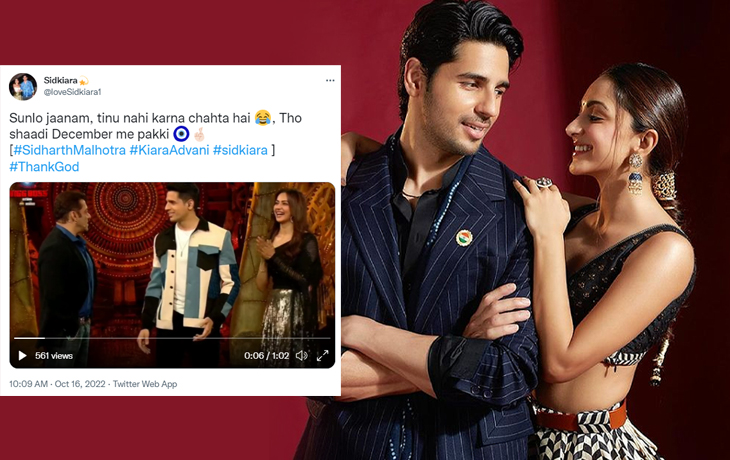 Bollywood actors Kiara Advani and Sidharth Malhotra’s rumoured connection is still making headlines. Although none has made their relationship public, the two began dating during filming for their 2021 movie, Shershaah. The duo is set to take their relationship to another stage by getting hitched in 2023. However, neither Kiara nor Sidharth have formally confirmed the marriage rumours. Despite all of this information, Sidharth and Rakul Preet Singh appeared on the most recent Bigg Boss 16 episode to promote their upcoming film, Thank God, which will hit theatres on October 25, 2022.

During their appearances on various episodes of Karan Johar’s talk show Koffee With Karan season 7, Sidharth and Kiara indirectly acknowledged that they are in a relationship.

In terms of work, Sidharth will next be seen in the films Indian Police Force, Mission Majnu, and Yodha.