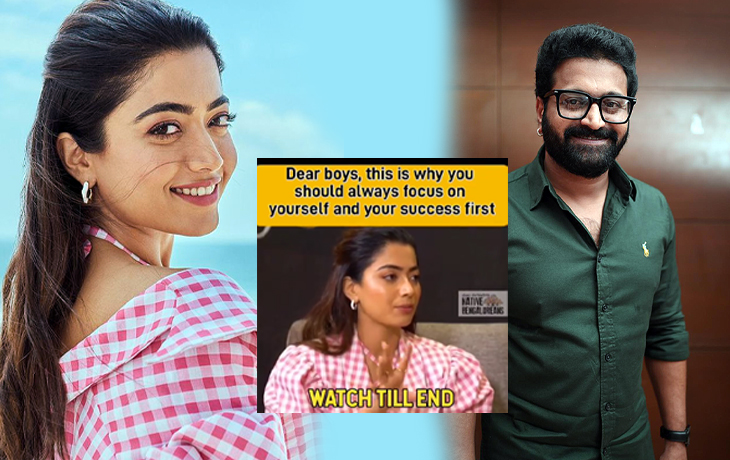 Since Kantara’s incredible box office success, Rishab Shetty—the actor and director of the recent Indian blockbuster—has been in the spotlight. He is currently making headlines, though, not for his movie but for taking a dig at Rashmika Mandanna in an old interview.

An old Rishab Shetty interview is currently going viral. In a conversation with Gulte, the actor-director was questioned about who Rashmika Mandanna, Sai Pallavi, Keerthy Suresh, and Samantha Ruth Prabhu he would most like to collaborate with on his upcoming film. He responded, “I decide my actors once I finish my script. I prefer working with newcomers as they come with no barriers.” Yet added, “These actors, I don’t like them. But, I like the work of Sai Pallavi and Samantha.”

Without mentioning Rashmika Mandanna, he also commended Samantha and Sai Pallavi, calling them great artists and saying they are among the best performers in recent times.

Rashmika stating that she never intended to be an actor is the following viral footage that is being blamed for such a reaction. In an interview with Curly Tales, she claimed that becoming an actress was never her desire and that she entered the industry by chance. Rashmika went on to say that she received a call from one Production Company and mistook it for a prank call. But her use of hand quotations and refusal to disclose the production house angered her fans, who started mocking her. Fans are mocking Rashmika Mandanna for being unappreciative of the Kannada cinema industry for giving her a break when she wasn’t interested in a career in acting.

Rashmika referred to a production called Paramvah Studios, also co-founded by Rishab Shetty’s close friend and ex-partner Rakshit Shetty, an actor. With the release of the movie Kirik Party, she also made her acting debut.