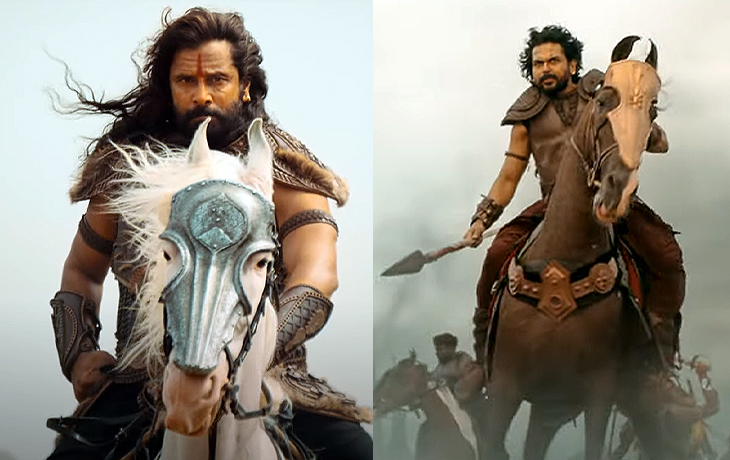 The much-awaited trailer & audio album of PS: 1 are out!

We’ve held onto our seats for the longest by patiently waiting for the trailer and songs from the historical period drama Ponniyin Selvan 1. And now we can’t keep calm as we are eager to see Mani Ratnam-AR Rahman’s magic unfold on 30th September when the film releases.

The megastars Kamal Hassan and Rajnikanth launched the trailer and audio album of Ratnam’s magnum opus at the Nehru Indoor Stadium in Chennai. And when the trailer aired, it exuded royalty, culture, and history from every nook and corner!

Mani Ratnam says about his dream project, “Making PS-1 has been a journey in itself. I hope the audience loves the film as much as we loved making it.”

Made on a whopping budget of INR 500-crore, the multi-starrer film is made in five languages – Tamil, Hindi, Telugu, Malayalam, and Kannada. It is a cinematic adaptation based on the 1955 historical fiction Ponniyin Selvan by Kalki, revolving around the 9th century Chola empire. The trailer circles around the power struggle in the Chola empire and will hit the screens in two instalments.

AR Rahman brings the film alive with his music, as the remaining 4 songs were released. The stadium was in an uproar when they had the chance to hear the sensational music.

When asked about the music, AR Rahman said, “We researched and experimented a lot before zeroing on what is now the outcome. We’ve used Bali music and instruments with monkey chants to give accurate native sounds.”

Talking about the music Kumar Taurani, MD – Tips Industries Limited, said, “Music is so dynamic that it can depict many emotions. AR Rahman has beautifully weaved the story and emotions together to create heart-thumping music in each of the six songs. We hope the audience loves the songs of Ponniyen Selvan 1 and appreciates the hard work that went behind creating it.”