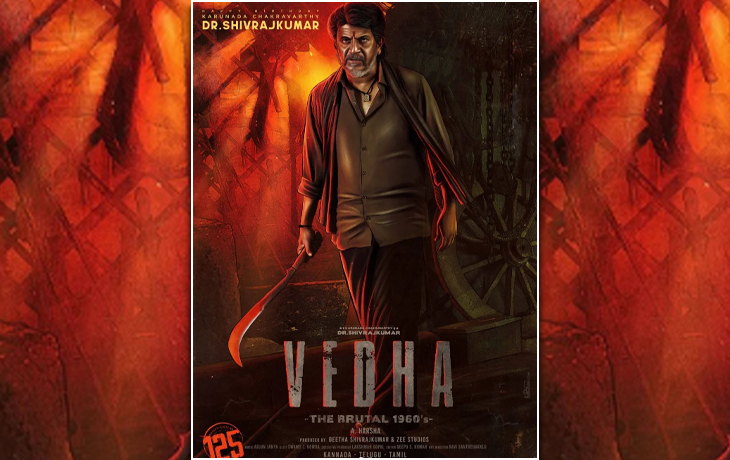 The action drama Vedha, featuring Shiva Rajkumar in the lead, has a new poster out from Zee Studios, who previously released the first look in March. The picture also indicates that the action drama will be released around Christmas.

It will be a pleasure to witness Shivarajkumar in his 125th movie, Veda, which marks a significant milestone in the Century Star’s career. He has a long beard and is seen brandishing a machete.

The film, which is set in the 1960s, is the fourth time that Harsha and Shivarajkumar have worked together. Previously, the pair collaborated on Bhajarangi 2, Vajrakaya, and Bhajarangi. Geetha, the spouse of Shivanna, is the project’s producer.

In addition to Vedha, actor Shiva is now working on the films Ghost, Jailer, 45, Nee Sigoovaregu, and Satyamangala.