Popular
“Aditya Dhar, You’re The Biggest Blessing In Life,”...
Ajay Devgn And Varun Dhawan Praise Each Other...
Dhanush And Sekhar Kammula Collaborating For A Trilingual...
Exclusive Interview: Ravindra Parekh, a Writer, Poet and...
Tiger 3: Salmaan Khan to reunite with actress...
Tahira Kashyap States that she borrowed money from...
Kartik Aaryan Is Spooky In Freddy’s New Teaser
Mahesh Babu Pens A Heartfelt Note For His...
Ranbir and Alia disclose the name of their...
Anand L Rai on Akshay Kumar’s Raksha Bandhan’s...
Home Featured Yash And Sanjay Dutt Starrer KGF: Chapter 2 Trailer Is Out
FeaturedFilmsTollywood

Yash And Sanjay Dutt Starrer KGF: Chapter 2 Trailer Is Out 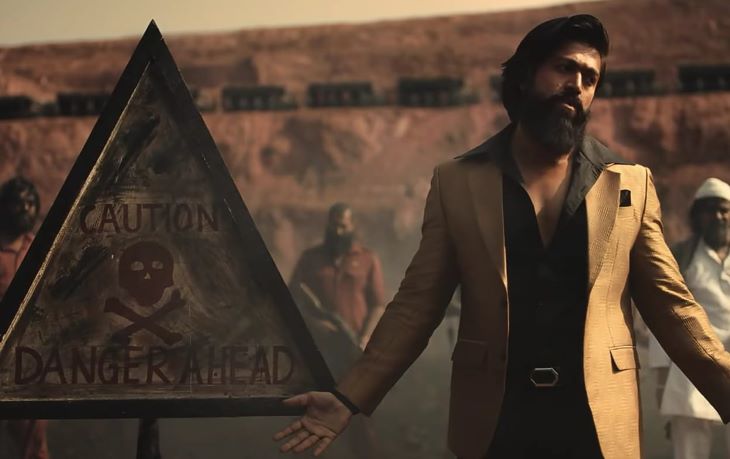 The wait is finally over; Yash has unveiled the trailer of the much-anticipated film KGF: Chapter 2 on March 27. The film will hit the big screens on April 14, 2022. Its story revolves around the conflict between Rocky (played by Yash) and Adheera (played by Sanjay Dutt). KGF: Chapter 2 has music by Ravi Basrur and cinematography by Bhuvan Gowda.

Taking to Twitter, Yash shared the film trailer along with the caption, “The world is my territory, #KGFChapter2 @prashanth_neel @VKiragandur.”

The trailer opens by introducing the roles played by Prakash Raj, Raveena Tandon, and Sanjay Dutt. And finally Rocky Bhai(Yash) enters in his ultimate avatar, with full swag and superb style; he steals the show. I am sure the audience has gone crazy when Rocky Bhai says, “Violence, Violence, Violence. I do not like violence. I avoid. But violence likes me, so l can’t avoid it.”

The trailer is an amazingly edited clip with breathtaking scenes that will keep you entertained throughout and a perfect background score that will surely give you goosebumps. Sanjay Dutt and Raveena ideal fit for their roles, and finally, Yash’s charismatic screen presence will keep you glued to your seats.

Written and directed by Prashanth Neel and produced by Vijay Kiragandur, under the banner of Hombale Films is all set to release nationwide on 14th April 2022. The film will be released in Kannada, Telugu, Tamil, Hindi, and Malayalam.