Vishal portrays a cop in the action film Laththi. 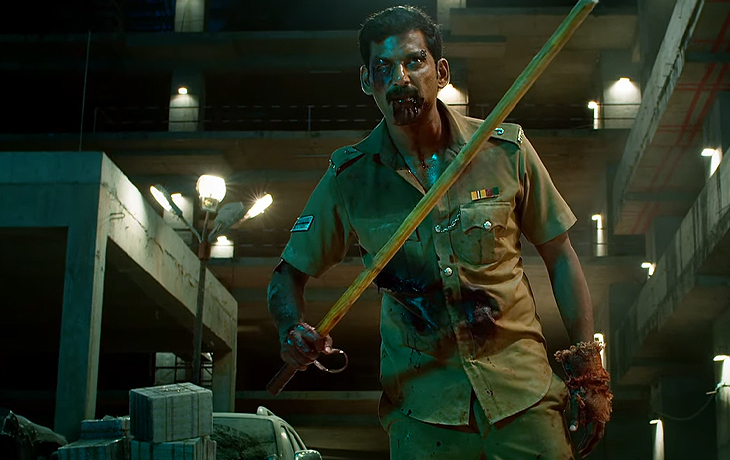 Laththi, Vishal’s upcoming cop drama, has an eagerly awaited trailer that is finally out. Recently, the producers unveiled the exciting trailer for the action movie. Vishal is seen in the video battling his enemies while suffering severe injuries. S Muruganantham, a moral police officer, will do everything he can to seek justice. After this scene, the protagonist is caught in a burning building, and he can be seen challenging his rivals to go after him.

Laththi will have all the elements of a masala entertainer, if the teaser indicates. Sunaina has been cast as the main female character opposite Vishal in the movie, which is being directed by first-time director Vinoth Kumar. The actor Prabhu will also play a significant role in the film.

The main storyline for the movie was written by Pon Parthiban and is supported by Ramana and Nandaa under the banner of Rana Productions. Sam CS contributed the music to the film, and M Balasubramaniam was in charge of the cinematography.

Laththi is now in post-production and is expected to begin in theatres on September 15 this year.

Vishal has suffered severe injuries on the sets of his next twice. He was going for a fast-paced action scene both times. The celebrity travelled to Kerala to recover after being hurt in February of this year. The actor’s hand sustained numerous hairline fractures. He recently experienced another accident, but this time there were no fractures.

Akshay Kumar announces his upcoming project At the...