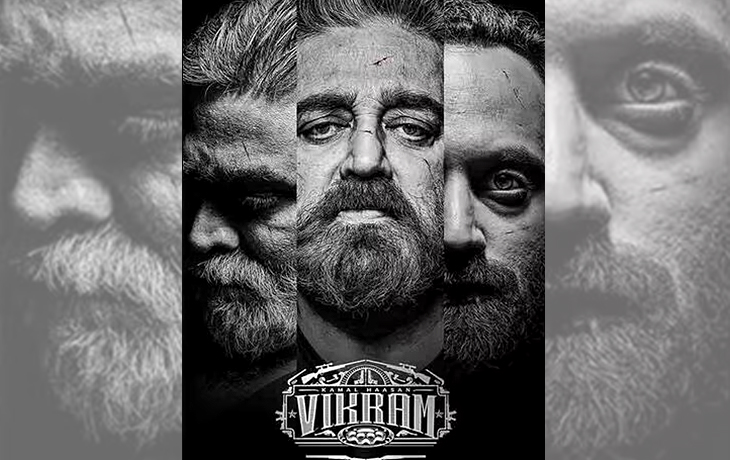 Vikram, the newest film by Tamil actor Kamal Haasan, shows no signs of slowing down. The film is breaking box office records for Kamal Haasan and is expected to be one of the highest-grossing Tamil films of 2022.

According to sources, Vikram’s international 10-day gross is estimated to be around Rs 300 crore. The film’s profits in Tamil Nadu alone have surpassed Rs 100 crore, and Vikram’s Sunday take is believed to be more than Rs 11 crore. In Telugu states, the film has likewise become a ‘blockbuster’ hit at the box office. It has grossed over Rs 25 crore in its first ten days, and it appears that the picture will fare considerably better in its second week.

Vikram has put in an outstanding performance at the Kerala box office. The film has grossed more than Rs 30 crore so far, and it continues to be a popular option among moviegoers in the state. Karnataka has also contributed much. According to Cinetrak, the film’s first-week gross in Karnakata was around Rs 15 crore.

On Sunday, Kamal and his friend Chiranjeevi celebrated Vikram’s enormous success in Hyderabad. The Tollywood superstar hosted a party at his home, inviting the who’s who of the Telugu cinema business to congratulate Kamal on Vikram’s achievement. Salman Khan, the Bollywood superstar, was also present at the event.

With Ganapath, Tiger Shroff Will Rule The Box Office This Christmas.