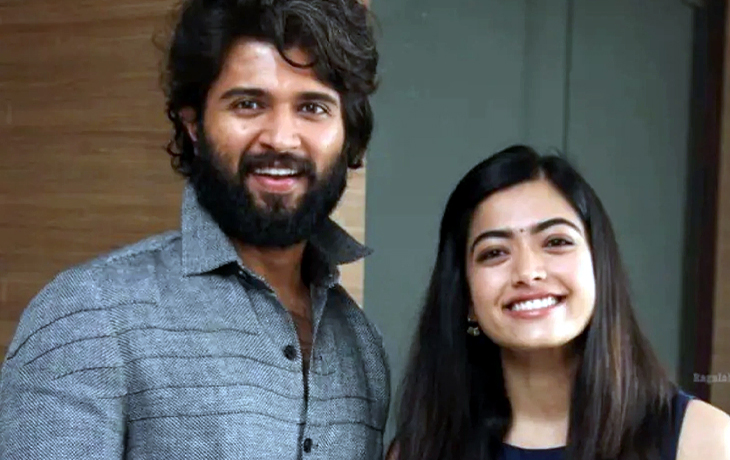 Rashmika Mandanna knows the uproar around her “relationship” with Vijay Deverakonda, but she doesn’t want fans to accept everything they read and see about them. In a recent interview, the Pushpa actress said that although her fans are curious about her relationship with Vijay. She frequently wishes she could remind them that she is now working on five separate movies and that their primary worry is her personal life.

For those who are unaware, Rashmika and Vijay have long been linked by dating rumours. Ananya Panday, Janhvi Kapoor, and Sara Ali Khan’s recent Koffee With Karan 7 visits fueled the rumours about their connection, despite the Dear Comrade performers’ refusal to confirm or deny them.

Rashmika laughed as she spoke to Hindustan Times about the “relationship” in the news. “Sometimes, I am like, ‘Arrey yaar, I am doing five films a year, but you are still coming and asking me, ‘Who are you dating?.'” The actress is referring to her two South Indian movies, Varisu and Pushpa 2 with Thalapathy Vijay, as well as her three Bollywood movies, Mission Majnu, Goodbye, and Animal.

Rashmika addressed the audience and urged them not to trust everything said about her. “You can talk about it, but when it comes to me, I’d like to tell them [fans] to not jump to conclusions, unless and until I say it in my own words,” the actress stated.

In addition, Rashmika addressed the women discussing her with Vijay on Koffee With Karan, saying that while she considers the conversations “adorable”, but does not believe it to be more than simple talk.

Vijay explained that he and Rashmika are “close friends” in the episode with Ananya. We collaborated on two films at a very early stage in my life. I adore her and think she is adorable. We have a great friendship. Through movies, we may share a lot of highs and lows. “A bond gets formed,” he claimed.

Mahesh Babu’s fans celebrated his birthday like a festival