Tashkent files is a Hit at the box office 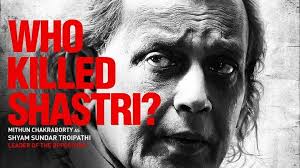 Tashkent files based on the mysterious death of our former Prime Minister Lal Bahadur Shastri. The film has done good collections till now at the box office. Despite having strong competition from Hollywood
Mega Budget  Hollywood film Avenger End Game and Bollywood releases like Kalank.

Tashkent files has manage to maintain its hold at box office.

The film had the first week of a mere 3.50 crores nett.

The 4th week was also strong as it contributed 2.86 crores nett.

Kalank does not live up to the expectations of the audience

Bharat is all set to rock the screens on eid