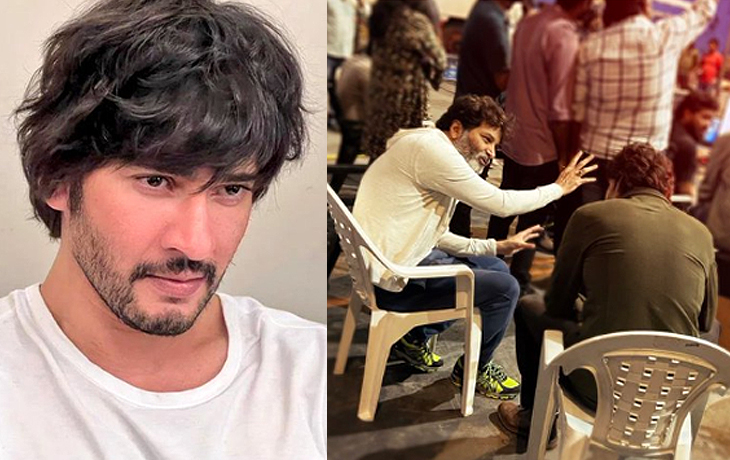 Mahesh Babu is working again for his forthcoming Trivikram Srinivas-directed movie, SSMB28. Due to the actor and director’s long-awaited reunion, it is one of Tollywood’s most eagerly anticipated movies. According to the most recent information, the routine shoot is scheduled to start. The internet was in flames when an image of Mahesh Babu from his look test went viral.

The movie’s initial schedule will start today. A huge set has been built in Ramoji Film City for the shoot. Fans are thrilled as Mahesh Babu and Trivikram are ready to work their magic. A picture of Mahesh Babu from the movie has gone viral recently. It comes from the most recent test look, and he is depicted in a stunning avatar with messy hair and a rough beard. Under the direction of well-known fitness celebrity trainer Lloyd Stevens, Mahesh Babu also participates in strict training sessions.

After box office successes like Athadu and Khaleja, fans are anxious to see what these two will produce next. After a long 12 years, Mahesh Babu and Trivikram Srinivas are collaborating. On April 28, 2023, this untitled movie will be released in theatres worldwide.

The film’s leading lady is Pooja Hegde. S. Navin Nooli is in charge of the editing for Mahesh Babu’s upcoming movie, which Radha Krishna is funding under the auspices of Haarika and Hassine Creations. The music for SSMB28 was composed by S Thaman.

Twitter review: Fans praise the budding romance between Daemon and Rhaenyra in the House of the Dragon Episode 4