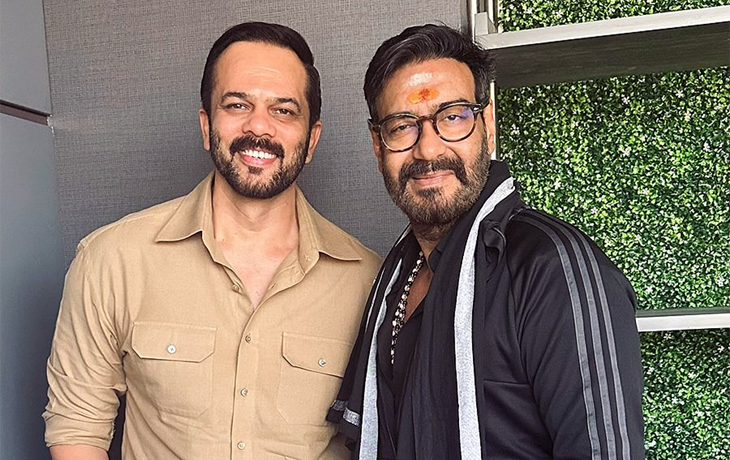 As co-creators of some of the biggest popular franchises, including Golmaal and Singham, actor Ajay Devgn and director Rohit Shetty are working together once more on Singham Again.

For the third time, actor Ajay Devgn and director Rohit Shetty will work together on the Singham franchise, dubbed Singham Again. This film is the latest instalment in Shetty’s cop series, including Simmba with Ranveer Singh and Sooryavanshi with Akshay Kumar.

The filmmaker and actor had a narration session for the film and updated his fans about the same. Devgn shared a photo with Shetty and wrote, “Made a good start to the New Year with #RohitShetty’s narration of Singham Again. The script I heard is, God willing, and this will be our 11th blockbuster.”

Shetty has previously disclosed that Deepika Padukone, an actor, will co-star with Ajay Devgn in Singham Again in December 2022.

In addition to the Singham series, Devgn and Shetty have collaborated on films, including Zameen, the Golmaal series, and Bol Bachchan.

Ajay Devgn is currently working on the film Bholaa, made by Ajay Devgn FFilms, Reliance Entertainment, T-Series Films, and Dream Warrior Pictures. It is an official remake of Lokesh Kanagaraj’s 2019 Tamil film Kaithi. Tabu also appears in the movie.

Trial By Fire Trailer Is Out

Orchestra Mysuru Trailer Is Out Now