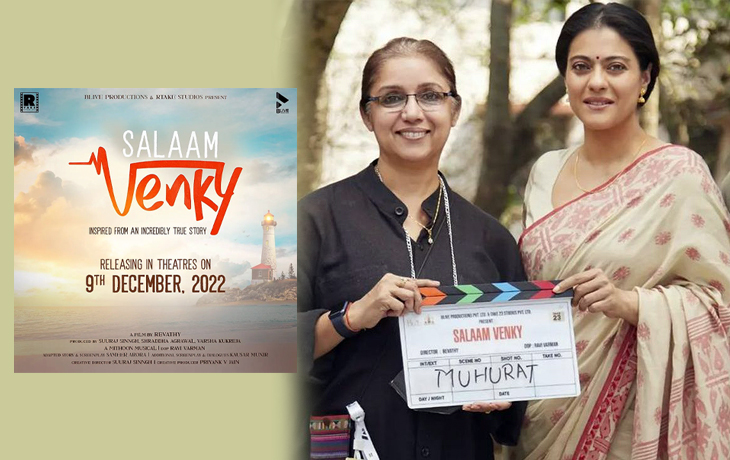 The anticipation is finally over for Kajol fans as the actress finally revealed the premiere date of her much-anticipated movie Salaam Venky. Kajol announced the good news on the social media account. Also, we cannot control our excitement. Revathy will helm the film, and it will be their first on-screen pairing. According to a PTI report, the movie’s previous title was Last Hurrah. The project was announced in October of last year. In the meantime, Salaam Venky is scheduled to hit theatres on December 9, 2022.

Kajol posted it to her Instagram account with the caption, “And we have a date. Salaam Venky will release at a theatre near you on 09.12.2022.” Salaam Venky is a film produced by Varsha Kukreja, Shraddha Agrawal, and Suraj Singh under the banner of BLIVE Productions and RTAKE Studios. The extraordinary actual story of a mother’s courage in the face of adversity served as the inspiration for Salaam Venky.

When Salaam Venky’s filming officially began in February 2022, Kajol posted a picture of herself and Revathy holding a clapboard to social media. “Today, we begin the journey of a story that needed to be told, a path that had to be taken and a life that had to be celebrated. We can’t wait to share this unbelievably true story of #SalaamVenky with you,” the actress wrote in the caption.

On the work front, Kajol will next be seen in The Good Wife, a film version of the same-named American legal and political drama tv series.